Get Points for French Skills and Immigrate to Canada Faster

That’s a phrase you should keep in mind if you’re interested in immigrating to Canada and want to choose somewhere with affordable housing prices and ample opportunities for a skilled worker with less competition than in places like Ontario or B.C. Especially if you speak French as a second language.

In fact, this is what the provincial government of Manitoba predicts the labour shortfall will be in a little over a year. That means that in Manitoba, there will be 20,000 more jobs than qualified job seekers by the year 2020.

But it gets even better if you happen to have French as a second language and are interested in migrating to Manitoba. That’s because if you apply under the Skilled Workers stream you are awarded 25 extra points for a 2nd language – either French or English. That’s far more than you get in most cases for having a second language, such as with the Federal Skilled Worker program.

But at the same time, the requirements are not nearly as tough as those for Ontario’s French-Speaking Skilled Workers stream, never mind the level of competency in French you need to qualify for a good job in Quebec. Keep in mind, of course, that if you list French as a 2nd language you will need acceptable levels of English language skills in order to qualify to immigrate to Manitoba.

Let’s take a look at Manitoba’s policy of awarding a large number of points for a 2nd language. Is the province trying to become truly bilingual? Or attract a substantial minority of French-speakers, like one finds in Northern New Brunswick? Let’s find out.

So, for example, if you have CLB 8 in English in speaking, listening and reading but CLB 7 in writing, you would get 97 points for English. If you have at least CLB 5 in French (in all skills), you would then get another 25 points giving you 122 out of a possible 125 points for language, and helping to secure your nomination from Manitoba.

Let’s consider a couple of cases to see how having a 2nd language can give you a nice boost in your points total with Manitoba’s PNP:

This shows that if your CLB for your 2nd official language is 5, as in the example above, you are only awarded 4 points, compared to 25 points in the case of MPNP’s ranking system. And to get close to the MPNP points awarded you need to score a CLB 9 or higher, which means you are perfectly bilingual in both official languages. That’s a tough goal for even bilingual Canadians to meet, never mind someone hoping to immigrate to Canada!

Along with having a university degree and eligible work experience, and having English-speaking skills, you must have achieved a CLB 7 equivalent in your TEF which is the officially accepted test of French language ability. That’s 2 levels higher than Manitoba’s requirement of CLB 5 for a second language. So, while having a CLB 6 in French or a CLB 5 in French means you are not eligible to migrate to Ontario under their French Speaking Skilled Worker’s Stream, you’d be more than welcome to Manitoba with those scores. That’s another reason to keep Manitoba in mind, along with the surplus of job openings.

It’s clear that Manitoba’s PNP values your ability to speak a 2nd official language: whether your first language is English or French and vice versa for your 2nd language. Taken alongside the province’s projected labour shortage in the immediate future, you’d be wise to check out MPNP’s streams if you can speak both French and English. Remember, unlike Quebec, you will need English to conduct much of your daily activities in Manitoba but having French as an additional language will clearly help your chances of getting a nomination. 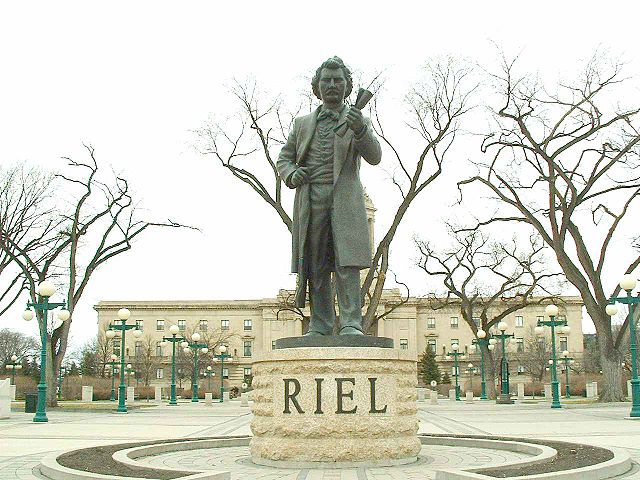 Did you know that some of Manitoba’s earliest settlers were francophones from Quebec? Look at some of the towns on a map of Manitoba: Portage La Prairie, Saint Malo, Notre Dame de Lourdes, Saint Malo, or Saint Claude, among others. Other francophones came from Acadie or Acadia, which is what Nova Scotia was called when it was a French colony in the 17th and 18th centuries. Later settlers from France, Belgium, and Switzerland immigrated to Manitoba which was not yet a full province. In the late 18th century, English speaking settlers arrived in great numbers along with the transcontinental railroad and changed the character of Manitoba. In 1870, around 50% of people in Manitoba were francophones. By the late 1880’s they had fallen to 10% of the population. This was around the time of the trial and execution of rebel Metis leader Louis Riel, a controversial chapter in the province’s history.

But since the late 1970s, Manitoba has been proudly reclaiming its francophone heritage and provincial laws have re-established the province as a bilingual territory in which residents of the province have the right to be provided services in French at the provincial level. So, if you are someone who can speak French you should consider taking the TEF exam and seeing if your level is equivalent to CLB 5. Or if you are a francophone and can achieve a CLB 5 score for English in a test like IELTS or CELPIP, you should consider Manitoba as a destination. They will value your ability to speak a 2nd official language. Think of yourself as being part of a centuries-old tradition that is being rekindled and kept alive.

Book an Immigration Consultation
Category:
How To