Why is My Study Permit Taking So Long?

Why is My Student Visa Taking So Long? 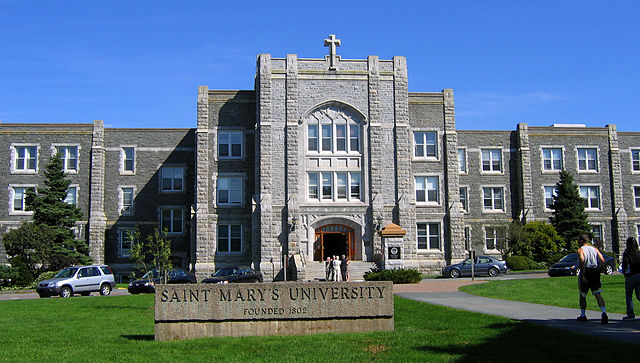 Getting a study permit is much quicker than sponsoring a spouse to Canada, for example. But processing times vary greatly at visa offices around the world. In early 2014, the Harper government announced Canada’s International Education Strategy: Harnessing Our Knowledge Advantage to Drive Innovation and Prosperity. This plan is part of Canada’s International Education Strategy dedicated to branding Canada as a world class education destination.

While some may argue Canada’s universities and colleges are sometimes not-quite-world-class, it is clear that the government is prioritizing certain areas in education and certain countries as well. For example, as part of the same education strategy, the Globalink program is meant to encourage student mobility between Canada and:

¹ At the Globalink site, Turkey is not on the list of countries available for research collaboration and student exchanges.

The plan is focused on research and training programs that will aid innovation and support growth in key areas of Canada’s economy. Not only that, the goals of the education strategy include:

In other words, the education strategy announced almost 2 years ago is all about the money. It seems they want international students to start spending way more on tuition in Canada, the way they do in the USA. While specialized research programs and degrees might justify this, the discriminatory fees faced by international students seems part of a deliberate strategy to put more cash in the pockets of schools and governments in Canada.

Does this mean that some international students are more welcome than others? One way of seeing if this might be true is to study the student visa processing times at visa offices in distinct countries and regions of the world. Do they line up with the countries listed above? And if not, why are there such differences?

According to the Canadian Bureau of International Education the top 5 source countries for international students in Canada are:

They also indicate that the source of international students in Canada by region is as follows:

Placing China, India, and Vietnam as priority countries for student and research exchanges makes sense given that 48% of international students come from East Asia. Including Brazil and Mexico as priority countries seems more about trade between Canada and a NAFTA fellow member, and between Canada and an important investor and trade partner of Canada in South America. Because in terms of foreign students, Latin America and the Caribbean only account for 7% of the total. While Turkey was included in the original announcement in early 2014, they are not on Globalink’s current list of research and student exchange countries. It is understandable Canada wants to include a country from the region given that students from North Africa and the Middle East are third at 10% of international students.  And it's understandable that they may not think the country is altogether safe at the moment.

Who Gets a Student Visa Fast?

Given where students are coming from, and given the government’s stated priorities in establishing exchange programs for international students and research programs, do the wait times at the visa offices match Canada’s stated intentions? And do we prioritize students from top regions by offering them lower waiting times? Let’s find out:

From this table and other longer waiting times listed at CIC’s website, it is clear that:

Who Has to Wait?

Some visa offices have waiting times of 9 weeks or more. These go-slow offices are distributed as follows:

Visa offices in Europe are quite efficient at processing study permits and the Americas also rank well. New York City is a bit of an anomaly, even compared to Los Angeles which has a processing time of 6 weeks. Whether it has to do with the fact that the USA is a major competitor in the global market for international students, or that the visa office in New York has other priorities is unclear.

The question is: who’s to blame here? CIC for giving low priority to study permit processing, or the visa offices themselves for being less efficient at processing student visas? With the continual updates and changes to immigration policy coming from Minister Alexander and his staff at CIC, it may be that visa offices do not prioritize student visas as much as they should. Perhaps that’s understandable seeing they have to process immigration applications under a number of different programs, with the rules constantly changing. If the government is serious about prioritizing their education strategy, lower wait times in places like Pakistan, Thailand, Turkey, and Vietnam would be a good indication that they are executing on their new education strategy. After all, Canada is competing with the USA, Europe, Australia, and New Zealand for global students looking for value for their money when shopping for an education in English, or French. Keeping talented international students who have been accepted at a designated Canadian school waiting for months for their study permit, is not the best way to attract them, and their savings, to Canada.

Get a Study Permit

Learn about Immigrating to Canada after studying here