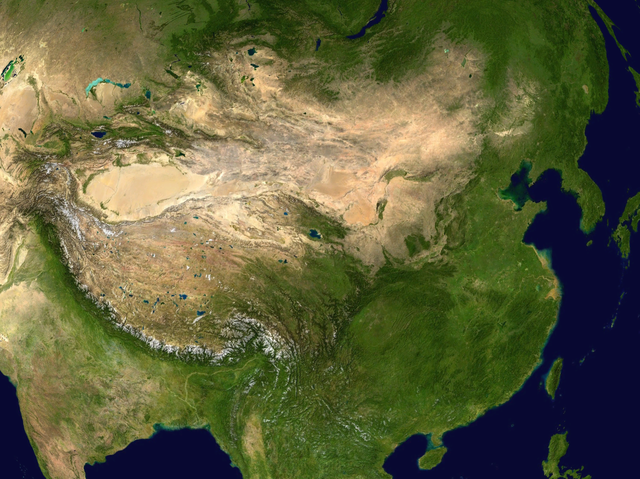 Canadians need a visa to travel to China.

China is the third largest country in the world, after Russia and Canada, and so it shouldn't be shocking to find out that its climate is just as diverse as Canada, ranging from sub-arctic to tropical. Most of China has a "monsoon" climate but with huge variations in temperature and precipitation within that. China is usually divided into three climate areas:

The Hot Summer / Cold Winter Zone contains about half the population of China but only about 20% of the land. The summers usually feature days with highs in the high 20s or very low 30s (but occasionally into the 40s) and the winters feature daytime highs just above zero. There is rain in the summer and snow or sleet in the winter.

Much of the country can be considered "The Cold Zone." The northeast of China is sub-arctic with really cold winters and warm summers. The west of China is also cold, though it is significantly drier than the northeast and gets much more sun.

The southeast of the country is the "Hot Zone." The winters are warm and the summers are hot and overall the area gets the most rain of any part of China.

China is one of the oldest civilizations on the planet and Chinese culture is so old and broad that we cannot do it justice here. So here are just a few tidbits about China: 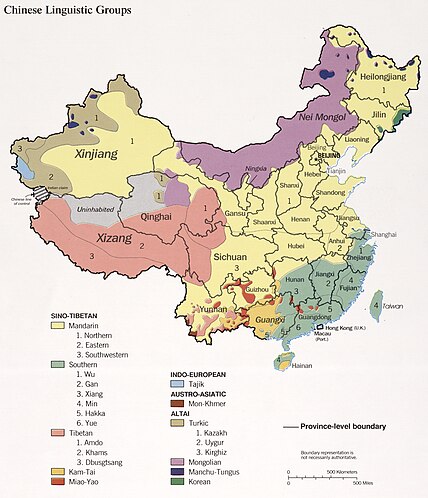 Mandarin is the official language of China; it is spoken by nearly 1 billion people worldwide (more than any other language and double that of Spanish, the second most spoken language). China also has a number of "recognized" regional languages. 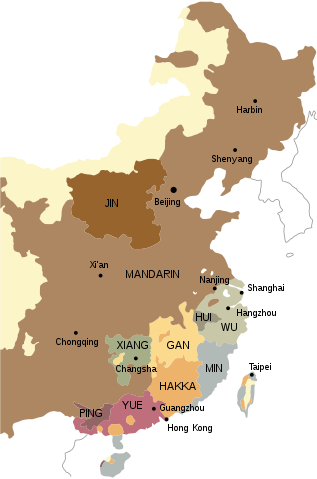 If you want to know more about other languages in China, let us know by completing the form at the bottom of this page. 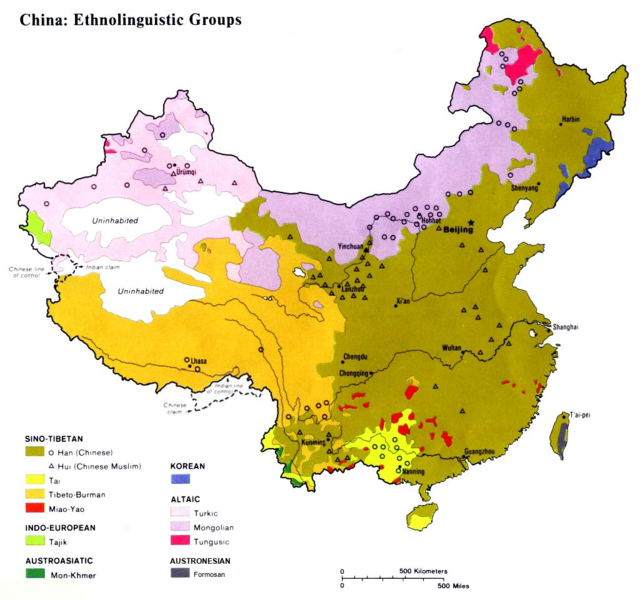 Over 90% of China is Han Chinese; there are 56 other "official" ethnic groups, as well as countless others. Below are all the "recognized" ethnic groups in China with at least 100,00 members: 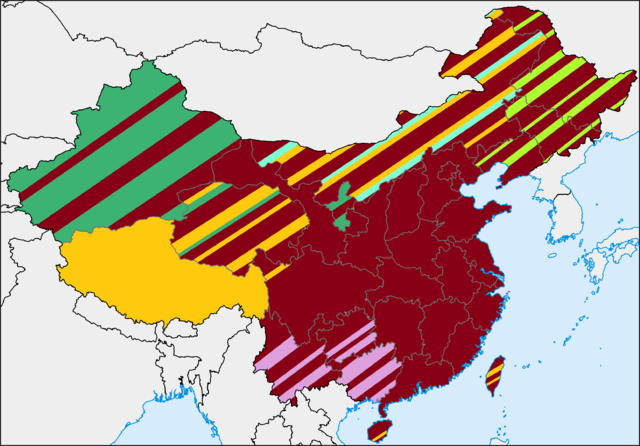 Please note that Hong Kong has a different visa policy than the one described below.

Most people who need a visa to China can get one at any Chinese Embassy or Consulate outside of China. Citizens of Afghanistan, Iran, Iraq, Pakistan and Turkey can only apply in their home country. So if you are a Canadian Permanent Resident from one of these countries, you cannot apply for a visa at a Chinese Consulate in Canada.

Applications must be made in person by you or by a third party agency, such as CIBT (see top right corner of this page). Visas can also be purchased on arrival, if you have previously arranged for "visa on arrival" and only if you are landing at one of these airports.

L Visas are good for between 14 and 90 days and may be extended for 30 days up to two times. Canadian citizens are entitled to apply for a 10-year multiple entry visa.

Application for an F Visa is the same as an L Visa. Validity for F visas ranges between and 1 and 6 months.

Chinese Consulates and Embassy in Canada

Find a Clinic Near You

How to Call China

How you call China depends on whether you are calling a landline or a cell phone. For both types of phones you must dial the exit code from Canada plus the country code for China:

Chinese local numbers can be anything from eight to twelve digits. Cell phones are always eleven digits and always begin with a 1.

Because there are a billion people in China, there are a lot of area codes. Here is a brief list of the area codes of the major cities. To find an area code for a smaller community, see this page. As with many countries around the world, area code lengths are not standardized.

So, to call a landline in China, dial

To call a cell phone in China, dial

China uses the Renminbi. Use the converter below to see how it compares to our dollar:

If your appliance cannot handle 200 volts, you should not plug it in and buy a converter. However, many appliances are now rated to handle this voltage level. Always check your appliance before plugging in.

Adapters are so common that many hotels will actually provide them to you if asked. Otherwise they can be bought cheaply in most major cities in China. So, unless your appliance is not rated for 200 volts and it is three-pronged you do not normally need to bring adapters and converters with you to China.

Emergency Information for Canadians in China

Only newer 3G and 4G cell phones will work in China, provided you have activitated international service. 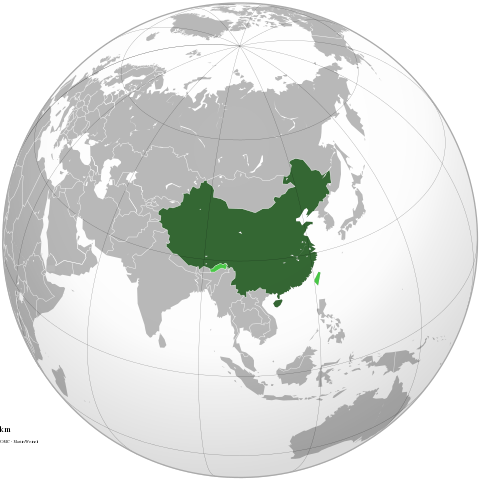 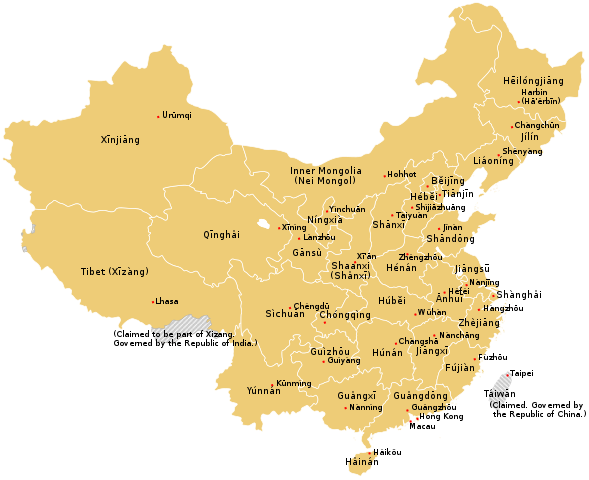 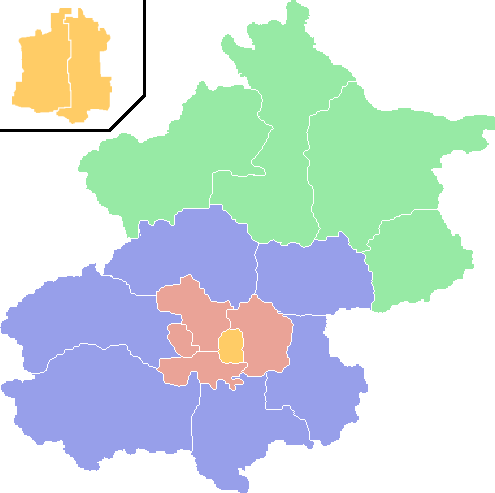 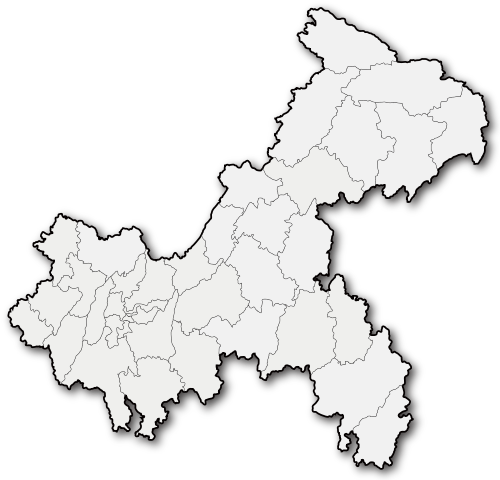 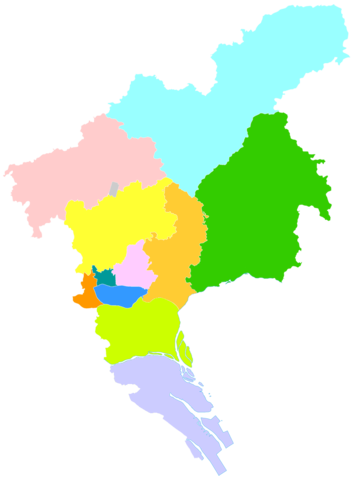 The driving conditions in China are somewhat legendary and most foreigners who are in the country only briefly to travel or do business do not drive. When people rent cars, they usually rent drivers as well. This is an easy option for business travelers but may not be affordable for the average person, though wages are very low. If you are staying there longer and want to buy a car, many people suggest hiring a driver.

You cannot drive in China with an International Driver's License. Nor can you drive in China with a license from Hong Kong, Macau, or Taiwan. Only licenses from Belgium and Hong Kong can be used to get a Chinese license without a test. The test is written and available in English in major cities, but requires a 90% pass rate. Basically, we are telling you to not plan on driving in China.

Oh, by the way, China has the highest number of traffic fatalities in the world.

Taxis are usually cheaper in China than in Canada, in part because there are so many of them. There should be a set rate for the first few kilometres, after that it should be about 2 or 3 Yuan per additional km. If the driver does not turn on the metre, exit the vehicle as soon as possible. If you cannot speak Chinese, get someone who writes Chinese to write down your destination in Chinese so you can give it to the driver.

You can also take rickshaws or motorbike taxis, however you should only do so if you speak Chinese. Please note that these vehicles are not regulated and the operators regularly gouge tourists on the price.

In China, as in Canada, there are muncipal buses and long-distance buses.

City buses are usually locals or express. The local bus is cheaper and the express bus stops less frequently. Telling the difference without reading and speaking Chinese can be very difficult. Rail travel is recommended if it is available.

The major cities are all launching "Bus Rapid Transit" lines, which should make travel by bus better.

Buses are cheaper than taking the train from city to city. However, price, comfort and safety all vary wildly from company to company and service to service. Some buses will not depart until they are full, for example.  If you can, take the train. If not, try to get a bus with sleeper beds.

China has the highest volume of rail passenger traffic in the world. China also has the world's fastest train and a number of other high speed lines. The high speed and regular rail network covers much of the country and is the best option for travel from city to city.

Over 20 major cities in China provide some form of urban rail, including subways, above-ground rail and light rail. Information on these routes is more easy to understand for tourists and so taking the subway, the train or the tram in the city is recommended over the bus, if you do not have a private driver.

The internet is heavily regulated in China. In order to be accessible to web browsers in China, a site must have a "ICP license." To get the license, the site must be operated from within China. Therefore you can expect to not be able to access your email, social media accounts or favourite sites while you are in China.

There are over 100,000 internet cafes in China and they often provide better service than regular connections. Internet cafes were, therefore, extremely important in China. Now most hotels will provide Wifi so internet cafes are less important for tourists than they used to be.

China has the largest population in the world and manufactures more consumer goods than any other country. The options are endless. If you would like to see more information about shopping in China, let us know by completing the form at the bottom of this page.

In Canada we are used to "Canadian Chinese," except in the big cities, where there are a few different kinds of Chinese. But there are actually at least 8 different cuisines in China: