A Tanzania visa is necessary fo all Canadian citizens and permanent residents who want to travel to Tanzania. However, Canadian citizens are eligible to apply for a visa at one of the country's 3 busiest airports, or at select border crossings. We do not recommend this, as the lines may be long and there is always the potential of not satisfying the visa requirements.

Tanzania is in the tropics, but its weather varies due to differnces in elevation, which affect temperature, and differences in rainfall.

Most of the country experiences warm to hot temperatures year round: warm between May and August and hot the rest of the year. The highlands can see temperatures are low as 10 C in the cold season (May to August).

Below is the climate data for the capital Dar es Salaam (on the coast, in the east of the country):

There are more than 120 different tribes in Tanzania. The largest group is the Sukuma.

There are more languages than distinct ethnic groups in Tanzania, as 126 languages are spoken. The two languages that are most common are English and Swahili. Most people speak their native language, plus Swahili or English. However, English was only taught in high schools and universities, and only used in certain areas of government, so it is not as common as Swahili. In 2015, Tanzania discontinued the teaching of English.

The Tanzanian government eliminated religion from the census back in 1967, so there is no accurate data on religious observance in Tanzania.

The CIA World Factbook estimates the religious groups as the following:

However, many people disagree with percentages, especially with the popularity of indigenous beliefs. An independent survey in 2010 found the following:

Canadian citizens are allowed to apply for a visa at the following ports of entry:

These are the four busiest airports in the country.

Please Note: If you try to enter Tanzania at any other point, you will need to have applied for a visa before hand.

We still recommend you get your visa before you travel, to avoid delays.

How to Apply for a Tanzanian Visa within Canada

You can apply by completing this application form.

If applying by yourself, you must submit the application form to the High Commission of Tanzania in Canada plus the following :

If you are able to submit your application in person, the hours are Monday to Friday, 9Am-4PM.

Usually, it takes the high commission 5 business days to process your application from the date they receive it.

Your visa becomes valid the day it is issued. It cannot be used once it expires and if you travel to Tanzania after it expires, you will have to apply fora new visa at the port of entry.

Single entry visas are valid for 3 months only.

High Commission of Tanzania in Canada

Vaccine and Health Information for Tanzania

The availability of healthcare in Tanzania varies by region. The urban areas have more resources and, if you have money, you can get access to the best treatment.

Tanzania is currently in the middle of an HIV epidemic.

The country code for Tanzania is 255.

To call a landline in Tanzania from Canada, dial:

To call a cell phone in Tanzania, dial

Tanzania is on East Africa Time which is UTC+3. They do not observe Daylight Savings. So, for example, in the winter Tanzania is 8 hours ahead of Toronto and 7 hours ahead in the summer.

Please not that the prices below are crowd sourced and are averages used to represent Tanzanian prices as a whole. Actual prices vary widely. Prices are in Canadian dollars.

However, please note that if your device or appliance is not built to handle 220-2204 volts, you will need a voltage converter as well. Always check your devices before plugging them into an adapter and the socket.

Emergency Assistance for Canadian Travellers while in Tanzania 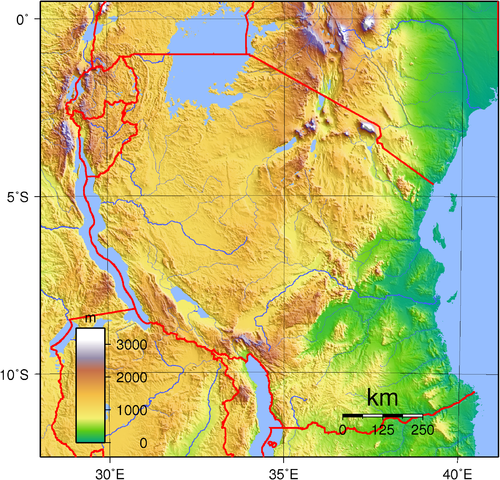 Driving in Tanzania is not recommended. If you must rent a card, many rental agencies will not allow you to take the car out of the city without hiring a driver as well. Hiring a driver is affordable so you may be better off to hire a driver and a car, instead of renting a car first.

If you do rent a car, rent an SUV- or jeep-style vehicle with 4 wheel driver and a high clearance. Sedans will get stuck on the roads. A driver is recommended as they are familiar with making repairs in the bush and can speak Swahili, the most common language in the country.

There are no road signs outside of major roads and there are only a few major highways.

If you decide you cannot handle driving in Tanzania, the main options for travel are rail, ferry and plane.

There are 25 airports within Tanzanian and, if you can afford it, flying within the country is the fastest way around.

If you are traveling along the Indian Ocean coast or along one of Tanzania's two major lakes, there are ferries that can be used as alternatives to the road.s

The 10 biggest cities in Tanzania are linked by rail routes.

Internet access has been improving by leaps and bounds in Tanzania in the last half decade or so. Wireless is becoming more prevalent than wired. Check with your hotel about their internet connection. You cannot expect any internet access outside of major cities.