The CBSA or Canada Border Services Agency mean business. They run jails in Toronto, Kingston, Laval, and Vancouver. Each of these locations happens to be near a major airport and/or near some of the busier border crossings. Their agents are armed with Beretta Px4 Storm automatic pistols, loaded with 9×19 Parabellum cartridges, which are the most widely used military handgun cartridge.
The agency came into being over 10 years ago, in response to the 9/11 attacks. They are all about national security and public safety in a post-9/11 world. And that means intelligence as well. Every time you travel and cross a border they will know. And they will place that information in your file. Welcome to the new world of surveillance in Canada, the USA, and around the globe.

The CBSA or Canada Border Services Agency mean business. They run jails in Toronto, Kingston, Laval, and Vancouver. Each of these locations happens to be near a major airport and/or near some of the busier border crossings. Their agents are armed with Beretta Px4 Storm automatic pistols, loaded with 9×19 Parabellum cartridges, which are the most widely used military handgun cartridge.

The agency came into being over 10 years ago, in response to the 9/11 attacks. They are all about national security and public safety in a post-9/11 world. And that means intelligence as well. Every time you travel and cross a border they will know. And they will place that information in your file. Welcome to the new world of surveillance in Canada, the USA, and around the globe.

How the CBSA Came Into Existence 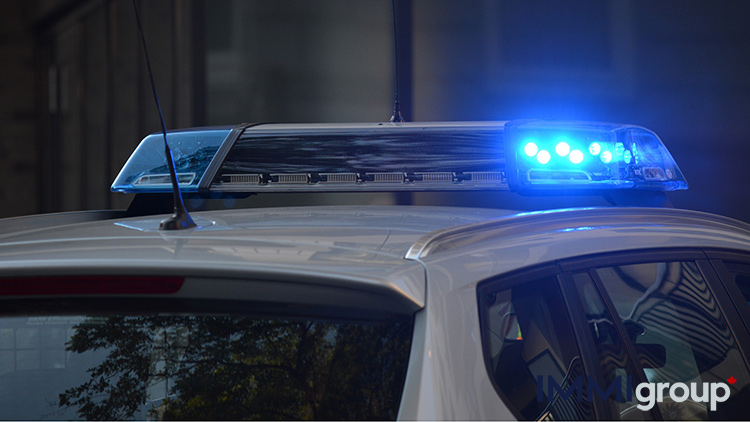 When the CBSA was created in late 2003/early 2004, border security in Canada had been handled by 3 separate agencies:

Coordinated intelligence gathering became a priority in the years after 9/11 and the newly formed CBSA put all border security matters under one roof. Canada Customs was separated from the CCRA and all other operations related to border security were joined together as well to create the CBSA. 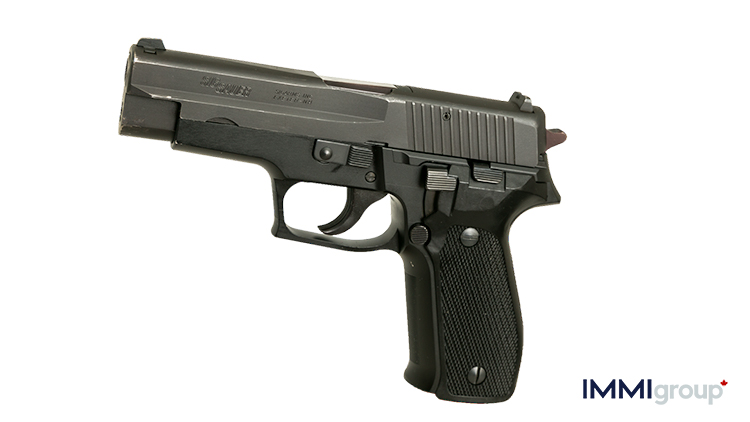 In 2006, newly elected Prime Minister Stephen Harper’s government put aside C$101 million to arm Border Services Officers with side arms: that nasty little Beretta mentioned above that packs a deadly punch. These were big changes that were criticized by some in Canada, but they have remained in place for almost a decade now. 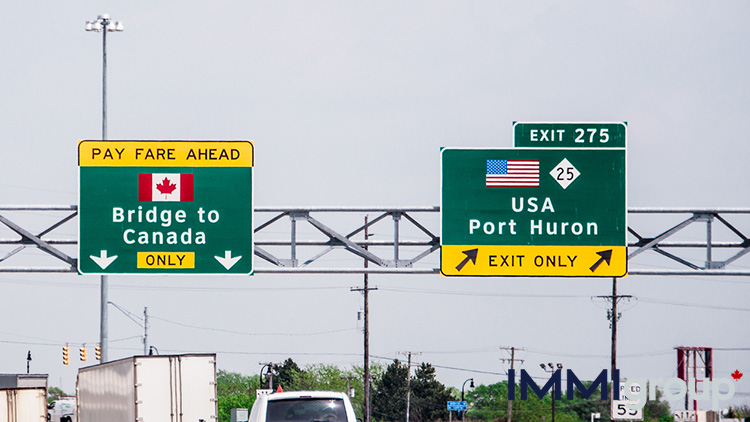 In 2011, President Obama and Prime Minister Harper announced the Beyond the Border Declaration and the Canada-United States Regulatory Cooperation Council. As part of this latest step in closer collaboration over border security the Entry/Exit Initiative came into being. What this does is share information in near real time between CBSA officers and officials with the US Department of Homeland Security (DHS). It coordinates information gathering between the two agencies so that a record of landing at a border crossing in Canada, say, becomes almost immediately a record of exit with DHS in the US. This means that the CBSA – and the DHS – know:

Phase II of the Entry/Exit initiative kicked in in June 2014, and that means the CBSA now exchanges data with the DHS on all passengers who enter or exit Canada and the USA. So even if you are a Canadian citizen or a permanent resident of Canada, you will have a file on your movements at both the CBSA and the DHS. And for those who are in the process of immigrating, you must ensure that when you have to travel, you continue to meet your permanent residence obligations. If you don’t, the CBSA will have that information on file, and they may invalidate your application for permanent residence or have your temporary visa cancelled. 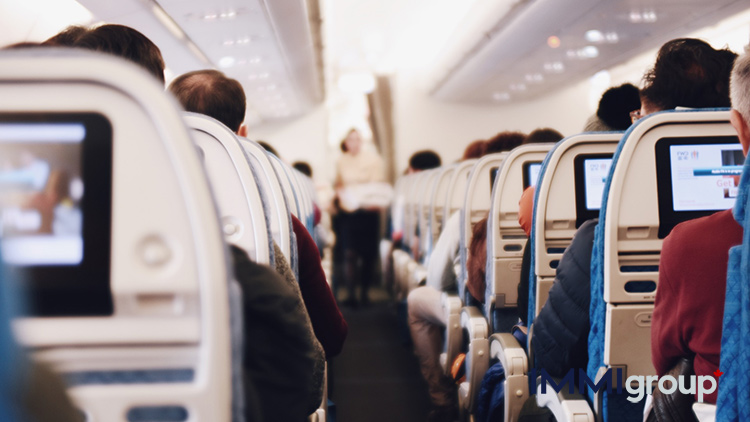 Not only that, under the Advance Passenger Information/Passenger Name Record (API/PNR) Program, the CBSA monitors and identifies travellers who they feel pose a security threat. And this is before they even arrive in Canada. This is done be collecting personal information on all persons arriving in Canada, including:

This and any additional information they collect, is checked against watch lists the CBSA maintains. The CBSA dives into the Advance Passenger Information/Passenger Name Record (API/PNR) data banks in the reservation systems maintained by commercial carriers, and collects all the data they can on an individual’s travel arrangements. The CBSA cross-checks this data with the data in their own data banks, and decides who to subject to closer questioning or examination when that individual arrives in Canada. This collated information is then placed in the CBSA’s Passenger Information System (PAXIS) electronic data system. Any information on you in PAXIS may be shared with foreign authorities or other agencies in Canada, in order to ensure the security and safety of Canadians. Your API/PNR data is retained on PAXIS for 3 ½ years, and is subject to certain restrictions. 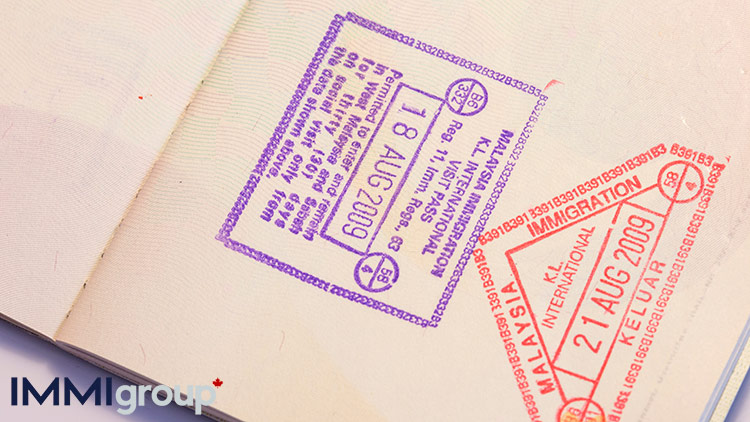 ICES is an automated data system used by customs officials, intelligence staff, and investigations staff to collect personal information on all border-crossing travel. What it does is allow Border Services Officers to collect any and all information from customs declaration forms and compare it with other data banks in ICES. This may include:

what are called lookouts. This means you will be flagged and identified and your vehicle will be flagged and identified by CBSA officials on the basis of what they call risk indicators, or any other intelligence from their data banks that pertains to you. If you are pulled over at the border for a secondary search, any and all information they collect from that search will be entered into ICES data banks. That will include the names of any travel companions at the time of the secondary search. The information is retained in the ICES data banks for 6 years.

The Passenger Protect Program is charged with preventing passengers who are deemed an immediate risk to air safety from boarding an airplane in Canada. All Canadian airlines must match the names of all ticket holders against a Specified Person’s List. This is a watch list compiled by Transport Canada based on input from the RCMP and CSIS. It contains:

of any person deemed by the government to be too dangerous to fly. If your name matches a name on the Specified Persons List, then the airline must contact Transport Canada. And if you are deemed to be the person on that list, you will be banned from boarding your flight in Canada.

What You Can Do

There are various ways you can challenge any of these programs if they identify you as a potential danger or place you under any sort of restriction. These include:

Remember, your privacy rights start the moment you book a flight, whether online or through a travel agency. The Privacy Act applies to government departments and agencies including:

If you have further concerns or are unhappy with the response you get from the government agency or department you are dealing with, you can always contact the Office of the Privacy Commissioner of Canada to file a complaint. The address is: