In terms of immigration, Quebec has exceptional powers compared to the other provinces. To be accepted as an immigrant to Quebec, you first have to obtain a certificate of selection (Certificate de selection du Québec) which is granted by the government of Quebec using, in CIC’s own words, “its (Quebec’s) own rules.” You must display at least a minimum acceptable level of French, rather than English, language skills, and the labour rules in Quebec are quite different from those in the rest of Canada. You then must apply for Permanent Residence from CIC but only after Quebec has deemed you acceptable to immigrate to the province. 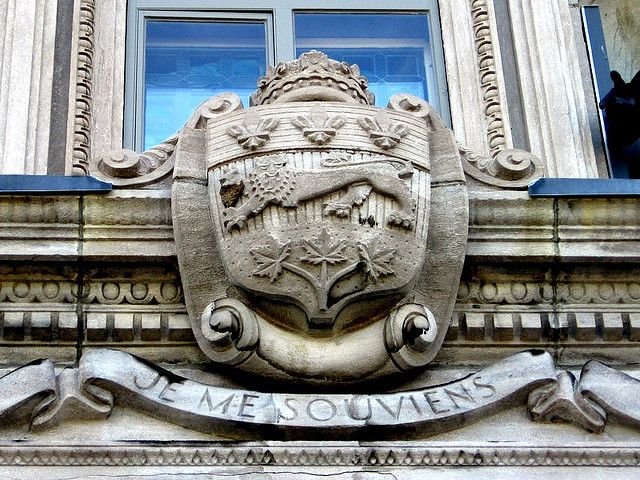 In terms of immigration, Quebec also has exceptional powers compared to the other provinces. To be accepted as an immigrant to Quebec, you first have to obtain a certificate of selection (Certificate de selection du Québec) which is granted by the government of Quebec using, in CIC’s own words, “its (Quebec’s) own rules.”  You must display at least a minimum acceptable level of French, rather than English, language skills, and the labour rules in Quebec are quite different from those in the rest of Canada. You then must apply for Permanent Residence from CIC but only after Quebec has deemed you acceptable to immigrate to the province.

What does all this mean?

Clearly the province of Quebec has been putting in place a sovereign structure with respect to the provincial government should Quebec eventually vote to separate from Canada – the Clarity Act of 2000 notwithstanding. This means that the move from province to separate and independent country would be smoother and easier. In theory at least. The provincial government is clearly taking control of almost all aspects of life in Quebec and the intention of many within the public sector in Quebec seems to be to prepare for an eventual separation from Canada. Whether the voters of Quebec ever do actually vote oui in the majority remains to be seen, but many within the provincial bureaucracy, whether the current party in charge is PQ or Liberal or otherwise, seem to be doing all they can to demonstrate to Quebecers themselves that the province can go it alone.

How does this affect you if you are thinking of immigrating to Quebec? 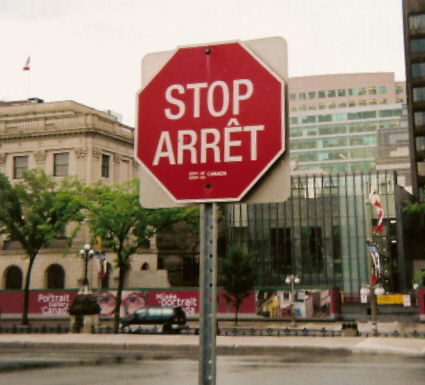 The first difference is language:  to be accepted as an immigrant and to integrate into Quebec society you will have to learn French. But it goes beyond merely a matter of what language you will use at work or what language or languages your child will be educated in. It is really a matter of how your future in Quebec may differ from your future in the rest of Canada.

Let’s say you are a hard working entrepreneur who likes the fact that Quebec’s has displayed remarkable strength and diversity economy in the last decade or two, and you are thinking of immigrating to Quebec and opening up a small business. Welcome to the language police.

Yes, in Quebec there are inspectors who enforce the infamous 1977 provincial legislation, Bill 101. (The nasty little joke among separatists back then was: ‘101 or the 401’ for those mostly English speaking Quebecers who disapproved of the bill.) Bill 101 is meant to preserve French within a francophone island surrounded by a North American English speaking ocean of almost 350 million. Sometimes the language police in Quebec are very fussy; for example, forcing a shop owner to change the size of the lettering in English in a bilingual sign or poster. Sometimes they are more pragmatic and laissez-faire. It depends on whether or not the PQ is in power, and whether sovereignty is passé or back in style at any given time.

G Clotaire Rapaille, a controversial French psychologist who helped design Chrysler’s PT Cruiser and who lost a contract with Quebec City for exaggerating his credentials, described on Radio Canada a few years ago, how Quebec’s relationship with the rest of Canada is like a battling couple who never actually get divorced. As he told the Globe & Mail back in 2010, Quebecers are severely neurotic and have a sadomasochistic relationship with the rest of Canada which means, according to Rapaille, they can never separate. That’s not an overwhelmingly optimistic view, seeing battling couples can and do get divorced. And sadomasochistic relationships are by definition, prone to violence. But relying too much on the opinion of a fraudulent French psychologist is perhaps not that helpful for any potential immigrant to Quebec.

The point is, separation in Quebec is a political zombie: it never dies and often reappears when you least expect it, driven by a stubborn minority – In a 2009 poll 28% of the province’s population was for separation from Canada – who will never accept that Quebec can continue to thrive and prosper within Canada. Every time it has been written off, the issue of separation returns yet again. For immigrants in Quebec that means making long term plans involves more than the normal amount of uncertainty. For those who are francophone and adapt well to life in Quebec, perhaps separation is seen as less of a threat than to immigrant Anglophones and allophones who want to ensure their children grow up fluent in English.

In terms of immigration: there is a Quebec Skilled Workers Program that operates outside the Express Entry Program, and there is no Provincial Nominee Program in Quebec, but there is a Quebec Experience Program, rather than a Canadian Experience Class program. Your gateway to Quebec is always through the province’s immigration system, after which CIC grants you permanent residence. That’s assuming you meet security, health, and other eligibility requirements. You also have to show the intent to live in Quebec.

Once you have been granted permanent residence in Quebec, according to the Canadian Charter of Rights and Freedoms, you should be free to move anywhere you wish in Canada. However, if you do not make an effort to find employment and settle in Quebec, you may be accused of lying (over your intent to live in the province) in your application to the Quebec Immigration authorities. You can try to sue the province in court but that’s a lengthy and expensive process no recent immigrant would want. At the end of the day, you should assume as an immigrant that Quebec’s immigration system is designed for those who wish to live and work only in Quebec, and en francais. Using Quebec as a springboard to the rest of Canada is a tricky strategy and one that is best avoided. Immigrate to Quebec if you intend to stay in Quebec. Otherwise, it’s best to go through CIC and a program like Express Entry.