The Worst Passports in the World for 2019

Some passports are worse than others. They offer far less visa-free travel around the world. That means that you have to make sure you have a visa before getting on a plane or crossing a border for most countries you decide to visit. Which countries have the worst passports? Here’s our Top 12 Worst Passports list, updated for 2019.

Questions of statehood and negotiations or confrontations with neighbour Israel make Palestine an unstable place with few countries offering Palestinian citizens visa-free travel. Eritrea and Ethiopia have fallen slightly on the list, rising to 44 countries from 42. We'll focus on Palestine:

Note that the visa policies of these countries towards Eritrean and Ethiopian passports will be slightly different.

The last time we did this list, Bangladesh wasn't on it, though it was in the Top 20 in terms of fewest countries its passport got visa-free access to. It seems a few more countries have decided to add visa restrictions for reasons we can only guess at.

Iran jumps up the list after more of the world seeks to censure them. Sudan has suffered internal strife and ethnic conflict including 2 civil wars and the war in the Darfur region. With a poor human rights record and refugees and those guilty of war crimes, it is no surprise that a Sudan passport does not get you lots of visa-free travel. Iran is in slightly better shape than Sudan in terms of countries which require no visa whatsoever (12 for Iran and 9 for Sudan) but we'll focus on Sudan for the list.

Note: The countries which allow Iranians to travel without a visa are slightly different than these countries. 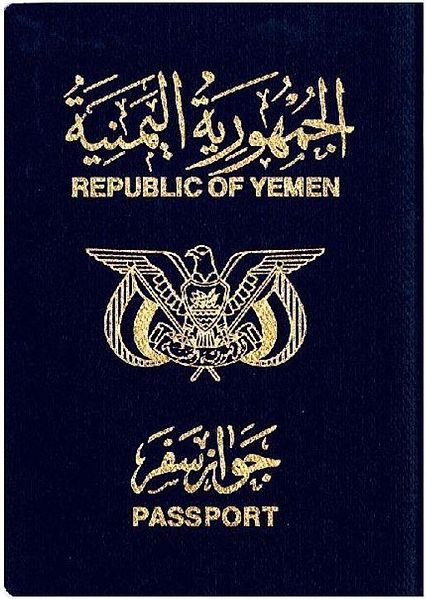 Yemen has jumped two spots since last we did this list because of the ongoing civil war. Given what's going on, it's actually surprising the country isn't higher up on this list.

Given the situation in Yemen currently it's a safe assumption that further visa restrictions may be placed upon passport holders. Always check with the Embassy before travelling.

Civil wars, battling warlords, Islamic extremists. Add in Somali pirates hijacking large vessels on open waters to demand huge ransoms and you have a country that topped the Failed States Index from 2008 to 2013. Visa-free travel is only available to 38 countries according to the Visa Restrictions Index.

Somalian visas are likely re-evaluated continually so it is best to check back frequently with the relevant embassies.

A country wracked by civil war with violent extremism – the Islamic State of Iraq and al-Sham (ISIS) has been among the most violent terrorist groups ever – and extreme instability. This restricts Syrian citizens from visa-free travel in much of the world. Holders of Syrian passports can visit 36 visa-free:

Discrepancies between the Visa Free Index and this table may reflect the fluid situation in Syria. Check with the Embassy before travelling.

The country that Obama Bin Laden used to lay low for years after 9/11 is not overflowing with reciprocal visa-free travel arrangements with its fellow nations. Even if the Pakistani diaspora is spread around the world. This means that a Pakistani passport gets you visa-free travel to just 36 countries:

As the Islamic State terrorist group (ISIS) battles with Iraqi forces it is now over a decade and a half since Iraq was first engulfed in war or civil war and conflict as a result of the US invasion. Who is in charge of what has continually changed during that time, though there is relative peace over the last year. That means Iraqi citizens have visa-free travel available to them in 32 countries:

The total number of countries in these tables is less than the official Visa Requirement Index total of 33, so always check with the Embassy before travelling.

No surprise that the country torn apart by decades of civil wars and religious strife and that has centuries of instability, conquest, and rebellion should be at the top of our list. Who controls what part of the country is difficult to tell at times and refugees as well as terrorists are constantly crossing the border into neighbouring countries. The list of visa-free countries that holders of Afghan passports can travel to is the lowest in the world at.

As with Iraq, it is best to frequently check with the relevant embassies to see what the latest visa requirements are.