We now turn to the top 6 schools in business in Canada. The only real way to rank universities according to how good their business programs are, is to rank their business management programs, which generally means the quality of their MBA programs. An MBA is what someone who’s serious about a career, or already has a lot of experience under their belt, studies. It’s still one of the degrees that best prepares you for a successful job in today’s disruptive and innovative business climate.

Having ranked Canada’s top 6 engineering schools, we now turn to the top 6 schools in business in Canada. The only real way to rank universities according to how good their business programs are, is to rank their business management programs, which generally means the quality of their MBA programs. An MBA is what someone who’s serious about a career, or already has a lot of experience under their belt, studies. It’s still one of the degrees that best prepares you for a successful job in today’s disruptive and innovative business climate.

As we pointed out in our previous blogs, university rankings depend in part on subjective viewpoints of both students and professors but still are helpful in guiding someone towards their choice of a school. And things like research budgets and the amount of published academic work as well as institutes and research centres at the universities are also taken into account in these surveys. But as always, be prepared to disagree – strongly even – with some of our results. It’s inevitable.

This is going to make a few people mad. If you focus on business-school specific surveys – in other words those done by financial publications like Bloomberg, or the Financial Times, or The Economist – then the Ivey Business School cleans up the competition in Canada and comes in as one of the top 10 of business schools outside the United States.

Sorry guys, but we’re using broader-based surveys that assess a wide range of programs that any tertiary-level institution provides. Ivey would have ranked much higher if it hadn’t been for a surprisingly low ranking from London-based Times Higher Education World rankings where Western’s business courses came in the range of 201st – 250th  in the survey. We gave them the benefit of the doubt and ranked the school at the top of the range at 201st, which officials at Ivey would still clearly consider outrageous. But that’s the THE survey for you, one where Oxford, Cambridge and LSE keep coming in tops. Funny how that works right? But once you choose a methodology you have to stick with it or your results are meaningless. That means that Ivey ranks 122nd worldwide in business after averaging all three surveys.

Is Ivey a top-notch school that – assuming you’re good enough to get accepted and dedicated enough to keep up with the workload – will assure you a well-paid career with your choice of company? Of course it is. But in our composite survey, it comes in 6th. 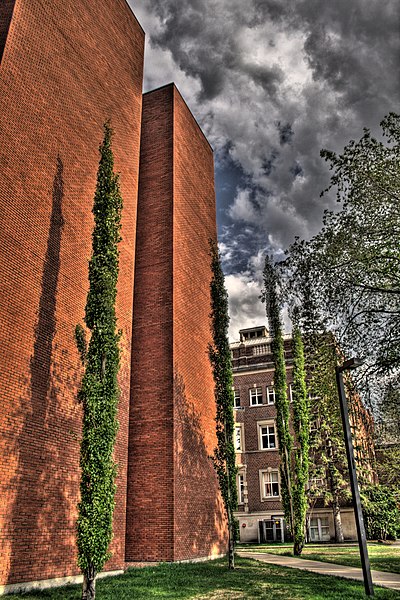 The Alberta School of Business could probably fit a good percentage of their teaching staff into Ivey’s trophy case, but U of Alberta comes in 5th in our survey, one rank above Ivey. The school’s motto could be described as a “force for change” where research and entrepreneurship are key to defining their goals. The school’s Centre for Applied Business Research in Energy and the Environment is an example of their focus on research. How did the school do better than Ivey? A surprisingly good ranking from US News & World Report’s Best Global Rankings helped push them past University of Western Ontario by giving them a worldwide business school ranking of 110th.

by abdallahh / Wikimedia Commons / CC BY 2.0

HEC stands for Haute etudes commercial or advanced business and economics studies and University of Montreal’s affiliated HEC is named after its counterpart in Paris. Again, if not for a relatively poor ranking by the Times Higher Education world rankings, HEC might rank in 3rd place rather than 4th behind McGill. So, you have an English, London-based ranking system that favors Montreal’s main English-speaking business school over it’s French-speaking counterpart. It might be as simple as the fact that much of the world’s business is conducted in English, while a relatively minor percentage is conducted in French, which puts the French-speaking HEC at disadvantage. But hold on. HEC offers courses in English and even in Spanish as well. So, it’s ranking of 89th worldwide may be good value for money. As long as you’re comfortable doing most of your studies in French.

Thank you THE, McGill must think. They were ranked 42nd compared to HEC Montreal’s 108th spot. In the QS and US News & World Report rankings, HEC comes out ahead in both cases. But thanks to the Times Higher Education rankings, McGill’s business school takes 3rd spot. In fact, the Times Higher Education and Wall Street Journal MBA survey ranked McGill’s 2-year MBA program the number one program of its kind in Canada. However, broader-based surveys like QS and US News & World Report have McGill ranked behind schools like University of Toronto and University of British Columbia, so McGill comes it at an overall 78th ranking worldwide and 3rd in Canada.

As an example of cutting-edge innovation at the school, information systems professor Emmanuelle Vaast is a member of the International Observatory on the Social Impacts of Artificial Intelligence and Digital Technologies (OIISIAN). In other words, she’s involved in thinking about how the jobs of the future will impact the societies of the future. Faculty members like that is what helps make McGill’s Desautels a top ranked business school. 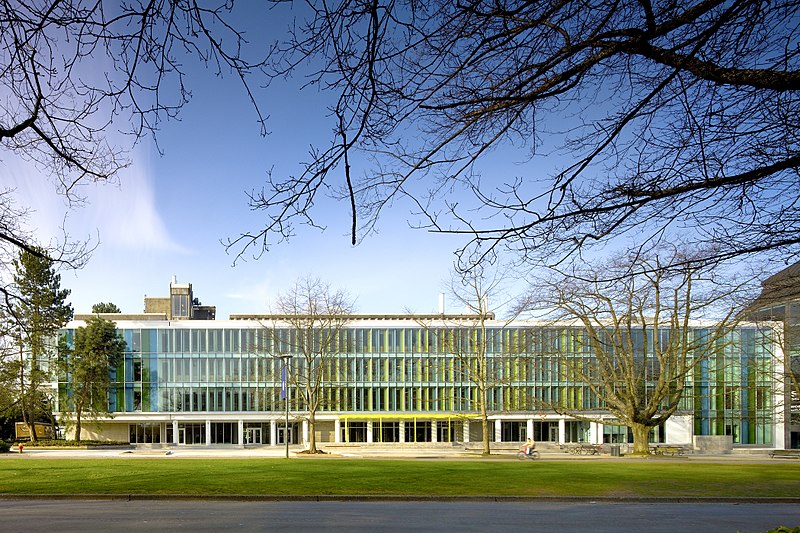 If it was up to the QS survey, then UBC would win top spot in our composite survey, but the Times Higher Education survey and the US News & World Report Survey gave UBC lower rankings than the winner. No prizes for guessing who wins this ranking, but all credit to UBC’s Sauder School of business which is world-class and comes in at 42nd in our composite ranking.

To get an idea of the quality of research at the Sauder School of Business, most universities have a handful of research centres associated with a program like business studies. UBC has 12 separate centres: from the Centre for Social Innovation & Impact Investing to the Centre for Operations Excellence to Centre for Urban Economics and Real Estate to the Creative Destruction Lab West. That leaves 8 more centres we don’t have space to list here. You can let the Dean and the rest of the staff at UBC worry about whether they’re ranked number 1 in Canada in any given year. Rest assured that if you can get in, this is a world-class business school that will give any career a real boost. 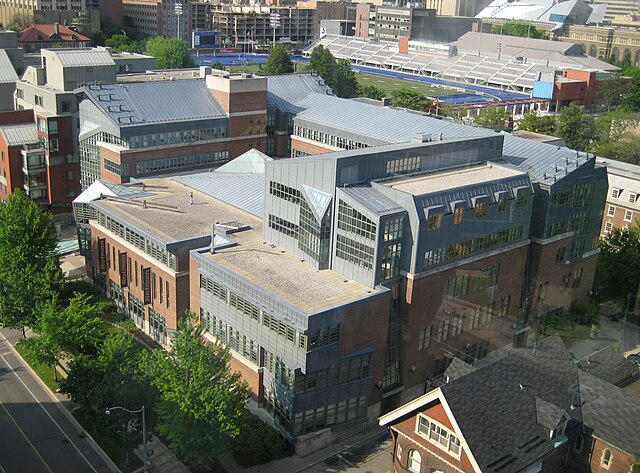 UBC’s Sauder School of Business has 12 research centres. U of T’s Rotman School has 14, including the Financial Innovation Hub in Advanced Analytics, a centre for Behavioral Economics, a centre for Integrative Thinking, an India Innovation Institution, and a Capital Markets Institute. Plus, they have over half a dozen educational institutes that link with industry and cutting-edge research. As Toronto becomes more and more of a tech (as well as an entertainment) hub on a global scale, this is a school that connects you with people who are leading the way in innovative thinking. They offer 6 different MBA programs alone as well as graduate degrees like a Master of Finance or a Master of Financial Risk Management. And more. If you need to get to the top of whatever organization you’re working for, or you want to be working for, U of T’s Rotman School of Management is your ticket to the ride.