If you live in the Greater Toronto Area (GTA) then the odds are quite significant that you are a new Canadian. As you probably know, around half of all residents of the GTA were born abroad. (Just under half but that rate will surely continue to rise over the coming years.) So, it’s more than likely that you need to keep in touch with friends and family back in your home country. That leads to the next question: which phone plan work the best for you? To answer that you should realize that what we’re really asking is: How do you prefer to communicate with family and friends back home?

If you live in the Greater Toronto Area (GTA) then the odds are quite significant that you are a new Canadian. As you probably know, around half of all residents of the GTA were born abroad. (Just under half but that rate will surely continue to rise over the coming years.) So, it’s more than likely that you need to keep in touch with friends and family back in your home country. That leads to the next question: which phone plan work the best for you? To answer that you should realize that what we’re really asking is:

How do you prefer to communicate with family and friends back home? 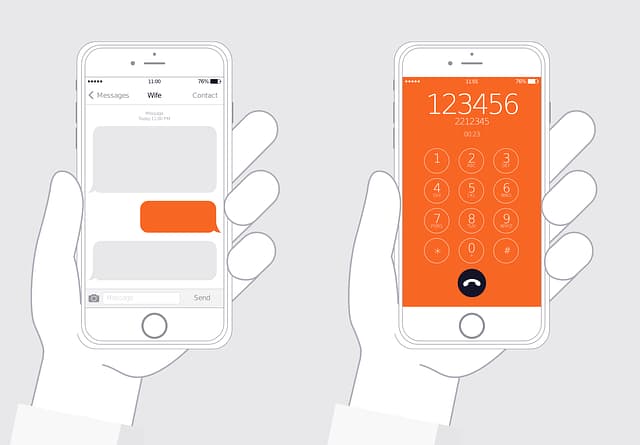 How you communicate to family and friends back home matters because actually speaking on your phone tends to be the most expensive option unless you’re leaving voice messages on WhatsApp – especially if the person you’re speaking to is in Xinxiang or Bangalore. And as you’ll see below, most GTA phone plans give you unlimited international text, pictures, and often voice messages as well, but unlimited talk is only for Canada. And data is expensive in Canada. 5 GB is a fairly common base level but if you want to stream live-action sports on your phone you’ll need more and in Canada that means you’ll be paying well over $70 in many cases.

Like What’s Up with Mobile Rates in Canada, eh?

Here’s the problem. Canada is one of the most expensive mobile phone markets among developed countries. An annual study for the government of Canada by Wall Communications on telephony and internet costs found that Canada’s pricing for most mobile packages was well above those in G7 European countries as well as Australia, which has prices similar to European countries. For example, in 2018 for what’s called level-5 services (unlimited text and talk in Canada but no international talk with 5 GB of data), Canada had an average monthly cost of over $87 compared to:

Sorry mate. Get used to it.

So, it is all the more important for you to hunt down the cheapest plan with the kind of features you need. And which is available in the GTA. Because, as you’ll see, there’s some good plans with reasonable (by Canadian standards) pricing but that are only available dans le Quebec.

It means Bring Your Own Phone, basically, and it involves purchasing a phone outright (either new or used) rather than buying a phone on an installment plan that’s wrapped into your monthly phone bill. That means having the cash upfront to buy a phone. You might have to consider this option because as a new arrival you won’t have much of a credit history in Canada and some providers will not let you buy a phone through your plan unless they can do a credit check on you. (Please check out our article on how to establish credit history quickly in Canada here.)

The good news is that since there’s no installment plan BYO mobile plans tend to be cheaper. The trickier part is making sure your phone is compatible in Canada. As well you have to make sure your phone is unlocked if you are changing providers in order for your SIM card to function.

So, if you bring one in from overseas it’s vital to make sure it will operate to Canadian standards. But don’t despair, you can head to this website in order to see if your phone will work in Canada:

But let’s say you want to buy a new phone in Canada rather than bring your old phone in. The cost is generally from a few hundred dollars to almost $2,000 for the latest iPhone. For example, at Best Buy some reasonable prices for unlocked phones were advertised on this page as follows:

*Please note that these prices are shown for information purposes only. Go to the linked page and/or contact Best Buy Canada to get current prices for unlocked phones. Or contact any other seller of mobile phones that does business in Canada.

And here’s another benefit to buying an unlocked phone once you arrive in Canada. You can switch providers when you wish (assuming you are on a monthly plan without a contract) as you won’t have to pay off the remaining balance on a phone purchased through the provider’s plan.

But if you are able to get a phone through a plan (because perhaps your credit history is established in Canada) you can go for a nice iPhone or top of the line Galaxy and pay it off at around $20 to $30 a month over a 2-year period, for example. But remember that you’ll be locked into that plan until you pay off your phone. If you’re fine with that then go ahead and get a really cool phone on a big GigaByte plan! And livestream whatever and whenever you want! Of course, it won’t be cheap.

One final point about unlocked phones that you may decide to purchase in Canada. In the table above, please note that the GB shown are the phone’s specifications, NOT the data available through your provider. The data levels offered by your provider for mid-range more affordable plans will generally be much lower. Say around 5 to 12 GB.

*These prices are provided as examples and for information purposes only. To find out current rates/prices please contact your provider.

*Provided as an example and only for information purposes. For current prices please contact your provider.

As one can clearly see, plans with a contract (which tend to be for 24 months) are ridiculously expensive in Canada. And guess what isn’t included in the prices the table listed above? That’s right, the monthly installment payments you’ll have to make and on that oh-so-cute iPhone you just had to have. So, pre-paid is cheaper. A lot cheaper. Even accounting for that phone you had to buy beforehand. Even if you spend say $700 on a phone, taking into account the difference with a contract plan, you’ll have saved that difference within less than 24 months.

Contract or Pre-Paid – What’s the Difference?

You should note that the types of plans listed above may not involve credit checks as they are often what is called pre-paid. Another way of saying that is to state that there is no contact. A plan with a contract is generally a post-paid plan which you pay at the end of your billing period, rather than upfront at the start of your billing period. Let’s take a closer look at the two types of phone plans.

5 Things I Learned as a Foreigner Living in Toronto

Adding it all up, it might be best to start with a more modest plan and see how well it fits your needs. It depends on your budget and that depends on your salary and your financial conditions when you arrive in Canada. Remember, while Toronto is an astonishingly diverse city where people from around the world can find communities that welcome them, it is not a cheap city to live in. And that’s especially true for phone plans. Expenses add up, so starting with a cheaper plan until you’re sure that:

is a good idea for anybody new to the GTA