Who is friendlier to immigrants? Canada or the UK? Which country lets in more? Who

Canada vs. the United Kingdom: Immigration 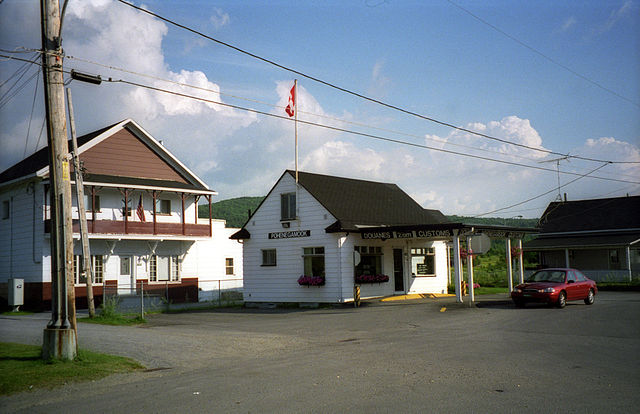 In 1867, the year of Confederation, Canada opened its arms to the world and received 10,666 souls or a whopping 0.3% of its population. Actually, the statistic refers to those over 15 who migrated to Canada and became permanent residents. It allows a reasonable comparison with later yearly figures. Many, if not most, of those ten thousand odd migrants came from the UK and Ireland. Forty years later in 1907, with a transcontinental railroad finished and much of the West now divided into proud new provinces, the number of migrants to Canada soared to 272,409 or 4.2% of the population, the highest figure yet, higher than the previous high of 3% in 1883. Of those 272,409 migrants in 1907, slightly more than 120,000 were from Great Britain and Ireland. Some 56,000 were from Europe and about 74,000 from the USA. About half in 1907 were from the UK and Ireland. By 1927 that proportion had fallen to slightly more than a third. That proportion stayed roughly the same through the ‘60s with British immigrants to Canada comprising about a third of the total. By 2012, about 2.5% of immigrants to Canada came from the UK.

In other words, over the last 50 years the UK has gone from having a modest or even negative rate of net migration into the country to accelerated rates of migration into the UK in the last 2 decades, especially in the first decade and a half of the 21st century. Its net migration rate from 2000 to 2012 more than doubled, meaning those who chose to move to Britain increasingly exceeded those who chose to leave Britain. Canada over the same period has maintained – as a percentage of the total population – a reasonably constant flow of immigration compared to the UK.

¹Principal applicants for permanent residence along with spouses and dependants.

²The numbers refer to the specific year and are not a five-year average. 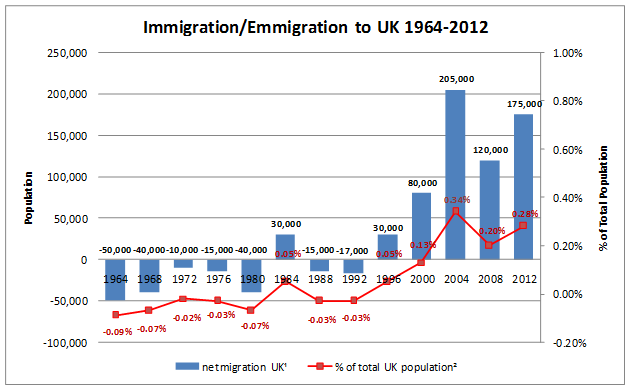 ² https://www.populstat.info/Europe/unkingdc.htm for UK population estimates. Brackets mean net emigration out of the UK. 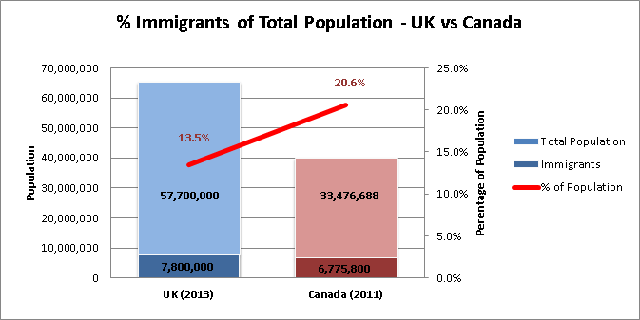 The other key difference is the United Kingdom’s legacy of the British Empire which has meant that as former colonies were granted independence in the post-war period, their citizens, as British subjects, were granted with the passing of the British Nationality Act of 1948, the right to live and work in the UK. Concerns over the fact that it meant that hundreds of millions of citizens from around the world were now eligible to migrate to the UK, various acts were passed in the following decades that restricted that right. Nowadays, to qualify for the so-called right of abode you must be a Commonwealth citizen and/or a British subject and have one parent who was born in the UK or have a mother who is, or had been, married to a man with the right of abode. This means that the requirements for immigrating to the UK are now far stricter than 50 years ago. Whether further restrictions are placed on immigration to the UK – a country that would likely have a steadily declining population if not for immigration – remains to be seen.