What, precisely, are the specific functions of an embassy, and what can you, as a Canadian, expect in terms of rights and assistance from a Canadian embassy in a foreign country, including fellow Commonwealth countries?

The world we live in today is one built on international trade and diplomacy.  This globalized world stage has led to a variety of things, including an increase in international intrigue and travel.

Embassies have figured prominently in international news in the last few decades.  The US Embassy in Iran was one of the major flashpoints during the Iranian Cultural Revolution, and the ensuing Hostage Situation proved to be one of the more memorable pre-9/11 international crises in the Middle East the US experienced, one which all but ensured the end of the Carter administration and the beginning of the Reagan years.  Then, of course, you have the more recent incidents regarding the attack on the US consulate in Libya.  Say the word “Benghazi” in America and you evoke a whole range of emotions, from outrage and anger, to fatigue with the incident being politicized and made into a slogan, to just sheer confusion.

Confusion, however, is exactly the opposite of what you want to experience when travelling abroad, and as such, confusion is precisely one of the main things international embassies are supposed to combat.  As a Canadian, you—hopefully—won’t have to worry about the kind of attacks and international drama which have befallen American embassies in recent years and decades.  Canadian diplomats helped solve the Iranian Hostage crisis, and have been instrumental in peace efforts across the globe.

That being said, what, precisely, are the specific functions of an embassy, and what can you, as a Canadian, expect in terms of rights and assistance from a Canadian embassy in a foreign country, including fellow Commonwealth countries?  Let’s take a quick look.

What an Embassy Is and Does 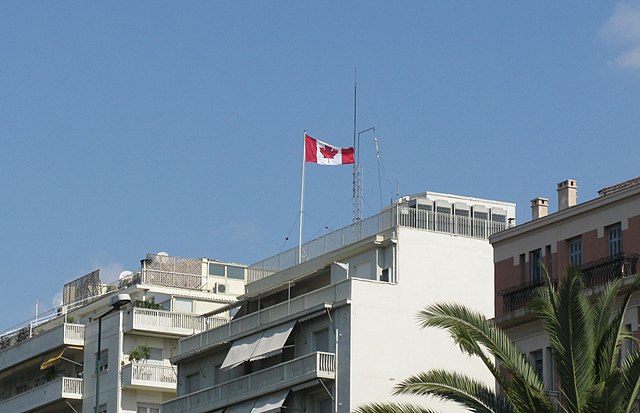 First thing’s first—what is an embassy?  In the most basic terms, an embassy is where the ambassador to a foreign country and his staff reside, doing the work which is necessary for that aforementioned globalized economic and diplomatic harmony to succeed.  An embassy is supposed to grant you safety in times of strife—another reason why the attacks on the American embassies in Iran and Libya were such a shock.  These “safe zones” can act as your home away from home in a sense, though you can’t actually stay there as a regular vacationer.

Don’t take that last part too literally, however.  It isn’t as if the Canadian embassy in Israel is actively awaiting Canadian tourists.  Yes, it’s sad that it might be hard to find Canadian bacon in Israel, but that doesn’t make the embassy there a bed and breakfast of sorts, or some place you can just hang around.  Truth be told, unless you’re planning on visiting the place as part of a tour, you likely don’t want to find yourself visiting a Canadian embassy on foreign soil, as one of the primary jobs of embassies is, again, to deal with potential international incidents between nations…

Be they as big as a hostage crisis, or as “small” as your committing a crime large enough to come to the attention of the Canadian embassy in the country.  Embassies are there to help if you find yourself in trouble in a foreign nation.  Indeed, embassies are there to minimize international incidents, and as such, can provide you with legal and informational assistance in the event you find yourself in need of it.

Difference Between Embassy and Consulate 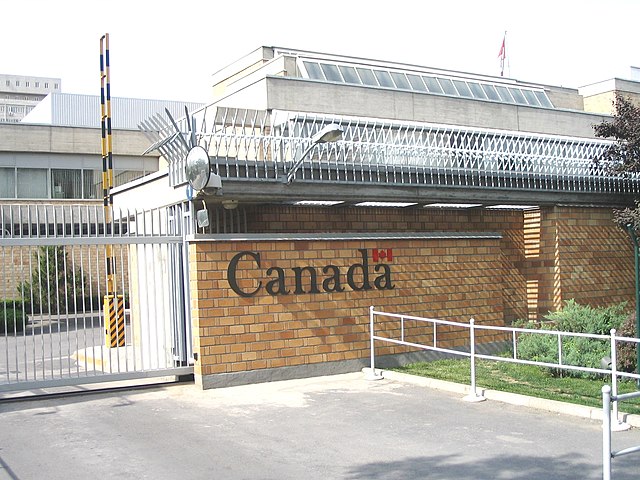 What’s the difference between an embassy and a consulate?  You’ve probably heard both terms used in the context of international diplomacy and incidents—it was the US consulate, remember, which was attacked in Benghazi—but what’s the difference between the two?  In the most basic terms, a consulate is a sort of “embassy-lite” insofar as they’re generally smaller and ambassadors do not work there.  They are still there for the purpose of diplomatic missions, and consulates have their own diplomatic staff, but they generally do not carry the same degree of importance as an embassy due to the lack of an ambassador.  That being said, it’s easy for travelers to mix up the two, as from the perspective of the traveler, they can provide similar assistance when it comes to visas and other forms of assistance while on foreign soil.

What Are My Rights?

Embassy of Canada in Bucharest by George Groutas / Wikimedia Commons / CC BY 2.0

As a Canadian, you’ll be happy to know that your nation has embassies in the majority of sovereign nations around the world.

For one thing, you have the right to information—not info to diplomatic goings on, of course, but rather information about the local laws and customs.

That being said, while an embassy can provide diplomatic immunity for ambassadors and those working in an embassy, it doesn’t make that space a tiny strip of Canadian soil right in the middle of China, France, or wherever else.  What’s more, diplomatic immunity does not extend just anyone who happens to be located in an embassy—again, it’s very specific, and necessarily so.

To be clear—you do not get to enjoy diplomatic immunity just by scurrying over and calling out “safe!”  Embassies can afford you certain protections under certain conditions, but suffice it to say that since those sort of incidents involve the sort of attacks or international incidents which plague our news feeds today, chances are, you don’t want to be in that situation.

One thing Embassies can potentially help you with are visa and passport issues.  For specifics, you’ll want to contact the embassy in the country you’re planning on visiting, and see what the protocol is, for—as you’ll see below—every country is different, and there are special protocols for Canadian citizens, due to their status as citizens of a Commonwealth country.

On the whole, however, an embassy is there to look out for, first and foremost, the rights of Canada and Canadian citizens and interests in the country, and secondly, the well-being of Canadian citizens currently residing in or visiting that country.

What’s more, there are special privileges which Canadian citizens enjoy due to the nature of the Commonwealth.  In the event Canada does not have an embassy in a nation, for example, a British embassy can and will act as your embassy, fulfilling the primary tasks of allowing for economic and diplomatic support as well as aiding Canadian citizens.  Likewise, other Commonwealth nations can fulfill this role, a prominent example being the Canadian-Australian Consular agreement, whereby Canada and Australia agree to provide consular assistance in the event one nation does not happen to have a consular or embassy in a nation.