Mark Satin was born in November 1946, 3 months after Bill Clinton, and 4 months after George W. Bush. Who the hell is Mark Satin? Why the bright rebellious son of a WW II vet and college prof who took his student radical days in the USA a step further than most

Mark Satin was born in November 1946, 3 months after Bill Clinton, and 4 months after George W. Bush. Who the hell is Mark Satin? Why the bright rebellious son of a WW II vet and college prof who took his student radical days in the USA a step further than most – a step further to the north. To avoid the possibility of being drafted he headed across the border in 1967: the year of Canada’s Centennial, Expo 67, and all those flags fluttering on those artificial islands built with the rubble left over from tunneling out Montreal’s Metro. He pissed off his former radical colleagues at the SDS (Students for a Democratic Society) for fleeing the fight, as well as those in the traditional pacifist movement who wanted war protesters to stay in the US and do jail time – peacefully of course. He pissed off conservatives. And he really teed off his folks – his mom dissed him in a piece in Ladies Home Journal. And he wrote a book.

After counselling newly-arrived draft dodgers in Toronto during much of 1967, Satin decided to write The Manual for Draft-Age Immigrants to Canada. A detailed how-to book, it was more than just a useful guide to dodgers, resisters, and even deserters (although they were careful not to be too explicit on this topic), it was a rhetorical weapon against public opinion … in Canada. What? Didn’t those quasi-socialist Canadians welcome those cowards with open arms? Not really. The mainstream media was negative to neutral at best. And Mark Satin ended up infuriating fellow radicals in Canada. Rather than keep a low profile as they had wanted, he sent off 2,000 letters to draft counsellors back home and ended up getting 17,000 copies of his book ordered from south of the border. This guy was an e-commerce warrior before Vincent Cerf and his bosses had connected the first two nodes of the ARPANet. A fact not appreciated by say, a Maoist radical member of SUPA (Student Union for Peace Action) who was coaxed into a reformed Toronto Anti-Draft Programme (TADP) by Satin, only to discover she was collaborating with a media-savvy entrepreneur.

So more draft dodgers started crossing the border and TADP fired Satin. That didn’t stop TADP from continuing to publish the manual, with Satin’s name removed. Some dodgers/resisters tried the legal method of immigration having arrived in the country, others remained underground. It was not easy getting into Canada. There were 3 basic options for draft evaders:

Here we confront the myth of supposed amnesty for draft-dodgers on the part of the Canadian Government. 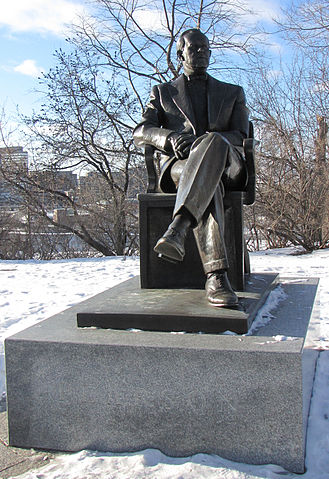 It comes from a curious coincidence between a period of Canadian immigration policy from 1967 – 1972, and the Vietnam War and the US draft, and has caused many to accuse Canada of deliberately providing asylum. In fact, few dodgers had arrived to Canada when the first version of Canada’s point-system (still the basis for the current immigration system) was put in place under Lester B. Pearson’s Government in 1967. It was an intent to encourage skilled labour to migrate to Canada and the point system did few favours to many young resisters who in fact chose to remain underground.

The other crucial element of immigration policy that did favour dodgers was that visitors to Canada could also apply for immigration. Do you like our side of the Falls? Cool! You can apply to stay! You’re already here, so go for it eh?! Canada had a problem in 1967: over 20,000 visitor applications that were “outstanding” by July 1966. Not as in your application is awesome, but rather as in, you have to leave now. It was a tinier, more innocent version of what the USA is facing today, and so Ottawa decided to give those who had overstayed a chance to apply but with a strict point system in place to determine their qualifications. There is no doubt that Washington made a few angry calls to Ottawa, pressuring them to change this, but the visitor policy stayed in place until 1972, the same year that the last conscripts were drafted for the Vietnam War which was starting to wind down. By then, tens of thousands of draft-dodgers were already in the country.

There was also a covert policy in place – detailed in a secret memorandum later uncovered by Thomas Hagan – that instructed border guards to deny entry to deserters, as opposed to war protesters or draft evaders. This policy was apparently cancelled in 1969 under Trudeau’s new government after being in place for several years. Canadian law did not address conscription as an issue that could prohibit entry of someone who was avoiding military service in their home country, but an unwritten policy that drew the line with deserters seemed to exist for some time.

Between 1960 and 1979, about 17,000 scientists and engineers left Canada. This exodus in the 60’s and 70’s – a relatively minor one when measured by the annual figures – was compensated, however, by the arrival of well-educated war protesters from the US. They tended towards academia and in general were not scientists or engineers, who went the other way. Although perhaps war protester Michael Wolfson, former assistant chief statistician at Statistics Canada, qualifies as a scientist. Don’t laugh, his pension would make most of us cry. Another scientist who came north is Michael Klein, a Stanford-educated physician who with his wife, feminist filmmaker Bonnie Klein, moved to Canada in 1967 as war protesters. They, of course, are also Mum and Dad to Naomi Klein of No Logo and The Shock Doctrine fame.

Did former war protesters turn the Canadian academic community into a radical hotbed? That would be an exaggeration, but they did give a push to something that was already under way. The exodus also included artists like Jesse Winchester who passed away recently, and whose songs have been performed by everyone from Elvis Costello to the Skydiggers.

Ok, this is current events, not really history, or very recent history. Prime Minister Harper’s Conservative government has not cast a kind eye towards US military deserters who fled to Canada rather than fight in Iraq or return to duty there. Things have changed and the odds are if you are a US soldier seeking asylum in Canada, you will be deported. For example, Kim and Mario Rivera had it all figured out. The first one to lose enough weight to qualify for military service would enlist and add a better salary to the family. Kim won the race, quit her job in Texas at Walmart, enlisted and went to Iraq in 2006. She fled with her family to Canada in 2007 rather than return to duty in Iraq and applied for refugee status. No such luck. Despite the rallies and marches and a fair bit of public support, she was eventually deported in 2012 and has faced a military trial and done prison time since returning home. The main point of contention here is between those who say having enlisted in a professional army, people like Kim Rivera can’t suddenly decide to become Conscientious Objectors, and those who say soldiers have a right to change their minds. Right now, it is clear which side of the debate the government in Ottawa is on. Just saying, if you’re thinking of heading north but still kind of don’t have that discharge handy.