More and more Americans are making that trek back across the Atlantic and finding that Land of Opportunity not on the Isle of Manhattan, but the Sceptered Isle itself. Why is that, what should we make of it, and if you’re an American looking to make the trip, how should you proceed?

If you live in America, the narrative is as old as it is skewered and incorrect. After decades of religious persecution and a dearth of economic opportunity at home, English settlers, notably the Puritans, came to the New World to start a new life, and that one hundred years later, the descendants of that plucky, freedom-loving band fought the mighty British Empire for independence, and won.

If you’re an American, chances are you’ve heard that narrative since the time you were five or so, and of course, we won the American Revolution, and some of our descendants did come here as the result of religious persecution, but the details get muddled and lost over time. The Puritans had strong religious convictions but were far from “pure” or purely innocent, so strict and unwelcome in Europe that they were ousted from Holland—Holland. That’s a bit like Texas kicking out a group a group of people for being too conservative. For many, America was (and remains) the Land of Opportunity, but it’s not as if that Opportunity has come without its fair share of economic and moral costs, and it isn’t as if the American narrative on the settling of North America is the only one worth telling—just as with Canada (or, you know, the native peoples who lived here for thousands of years before European immigration.)

So why is all this important? Because it seems as if the overall narrative is beginning to reverse itself somewhat. More and more Americans are making that trek back across the Atlantic and finding that Land of Opportunity not on the Isle of Manhattan, but the Sceptered Isle itself. 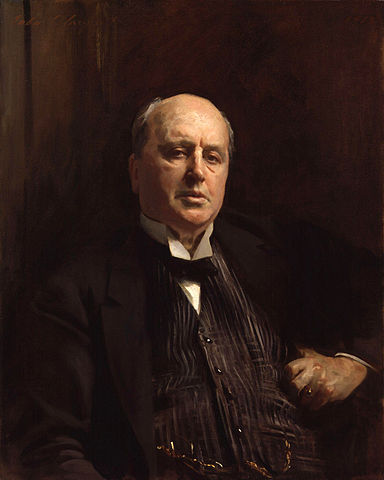 On the small scale, that’s nothing new, of course—Henry James and T.S. Eliot both made that reverse trip back across the Atlantic, and both great Anglo-American writers were arguably all the better for it. However, what we’re seeing now is more than just a few brilliant writers deciding they preferring the English literary shores to American ones, but rather a full-fledged movement of younger Americans growing ever more enamored with and attracted to the prospect of life back in Britain.

Why is that, what should we make of it, and if you’re an American looking to make the trip, how should you proceed?

To begin with, the question should be asked—why is this happening? 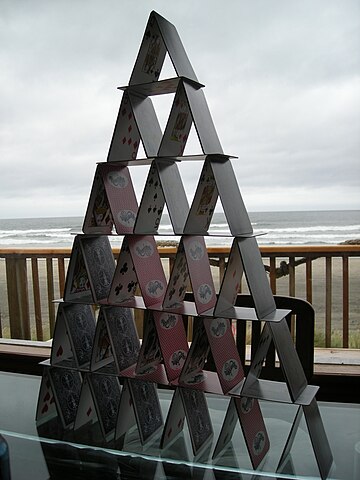 Mass disillusionment and fatigue with America’s socio-political infighting is a major factor and not just because the British version of House of Cards has a better opening theme than the American version.  (Attention American viewers: while Kevin Spacey and Ian Richardson are equally conniving and awesome as Frank Underwood/Uquhart, the UK version has some superior writing and a tighter storyline, but make sure to watch that version after viewing the US version, lest you fall prey to major spoilers.)

In all seriousness, though, House of Cards may be seen as a barometer of American disillusionment and, indeed, an indication as to why Americans might wish to leave.  The original UK version debuted in the Thatcher years in the UK, when Britain was suffering through uncertain times on the international stage, had a rocky economy, and a hugely-poisonous political atmosphere filled with bickering, backstabbing, and enough grandstanding and mudslinging to make even Mr. Underwood blush—sound familiar?  While the UK is far from a political Eden, it’s still an appealing alternative for American liberals fed up with right-wing stonewalling in Congress, or even moderate Americans who are simply fed up with their government, Left or Right, liberal or conservative.  Not every American is bilingual, so moving to an English-speaking nation is definitely an attractive possibility, so after Canada, Britain, for many of these Americans, represents the next logical or desirable emigration destination.

Another reason is the issue of taxes, ironic given the role it played in sparking American revolutionaries.  With rising taxes impacting both younger Americans and American businesses alike, more and more Americans are renouncing their American citizenship in favor of life as a citizen elsewhere—and, again, both Canada and the United Kingdom stand as two of the favorite choices for Americans looking to live elsewhere.

As many as 177K Americans were reported as living in the UK as of the 2011.  That’s not an enormous number on the surface of it, but it’s a six figure statistic that A) is enough to make one stand up and take notice and B) looks set to only rise over time.  Convenience is another factor.  If you’re an American lawyer and frequently have business or clients in London, you may not wish to go through the elaborate rigmarole that is the American tax return system, one that’s even more complicated for true expatriates and Americans living abroad.

Then you have the matter of opportunity itself.  The pound is far stronger than the dollar in today’s modern marketplace, meaning that it’s far more favorable to be paid in pounds than in dollars.  There’s definitely something to be said for making your way in the UK and then potentially using that money to restart your interest in the States.  There’s a five-hour difference between London and New York, so if you do manage to make your way in the UK, jetting back and forth between the two cities on weekends could, for example, allow those former-American London lawyers to work in London Monday through Friday and jet back to the States for a day at the ballpark or night on the town in The Big Apple during the weekend.

Finally, there’s the simple yet undeniable yearning of the Anglophiles.  From Harry Potter to Doctor Who, there’s something of a second, small-scale British Invasion occurring culturally among young Americans.  Perhaps it’s the folly of youth, or perhaps it’s simply the grass seeming greener on the other side of the fence—or Pond—but there allure is definitely there.

So what are we to make of all this?

On the one hand, this migration might be viewed as part of the ebb and flow of socio-economic history.  Everyone from the aforementioned Henry James to George Bernard Shaw wrote of American tycoons and entrepreneurs buying up old British estates in as the market favored the Americans in the early 1900s—it may well be that the tables have turned and it’s the turn of the Brits to take a stake in formerly-American-dominated markets and property.

On the other hand, there’s a starker reality here.  For many Americans who have come of age recently, the America they know, riddled with foreign wars, recession, and disillusionment, may well see Britannia as a more viable option.

Are you eligible for a British passport?

The first thing you should do, if you’re an American looking to make the trek back to Britain on a permanent basis, is to pause and really think your decision through. While the economy is on the rebound in America, it still remains especially rocky for Millennials—and guess which group is most culturally drawn to the UK at the moment?  The Americans moving to and working in the UK in the greatest numbers are a generation or so older, but the fact that these seeds are already being planted in a generation rapidly coming of age could well signify a spike in American British immigrants soon.  Even so, there are mitigating circumstances.  For example, while the American nuclear family is, by now, more of a myth than it’s ever been before, for many, it still remains extremely important, and could remain anchors for those looking to leave the States.  This is especially true for the tradition-ruled “Heartland.”

After this, you’re going to want to “try England out,” as it were, before actually moving there.  Booking a trip and seeing different British cities as well as the countryside can be a great idea to A) ensure that Britain is right for you and B) help you choose the right place in the UK for you.

Finally, you’ll need to do some basic research—like this—and go through both the process of verifying your passport, obtaining a visa, becoming acquainted with the local laws, going through the naturalization process, etc.

So, if you’re looking to leave the economic stagnation and cultural malaise of the States behind, and want a fresh start somewhere else, the United Kingdom might be a great—if distant and initially-expensive—alternative.