The 11 Most Impressive Drug Smuggling Attempts

This time we’ll shift gears, and show you the most impressive, skillful drug smuggling attempts.

I don’t know how up-to-date you are on advances in chemical manipulation of drugs, but it appears that cocaine is a fairly malleable substance – it can be mixed, pressed, and molded into a variety of shapes and textures, providing a wide range of possible smuggling tricks.

From being shaped as impeccable designer shoes to being moulded into a giant Jesus statue, cocaine has been by far the most creatively imported drug. It’s even been disguised as guano fertilizer, dried herbs, and even beeswax candles. The list goes on and on, so we’ve narrowed it down for ya to a Top 11: 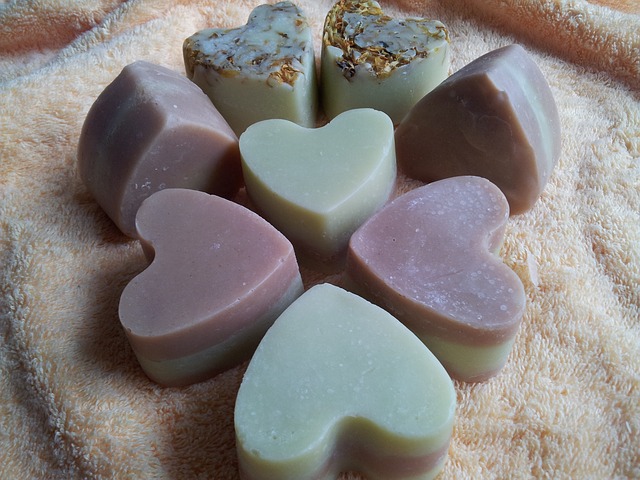 Victor Twartz is not your average drug-smuggler. He’s a devout Seventh Day Adventist, his wardrobe consists entirely of tweed suits, and at 91 years old he’s the oldest person to ever be charged with smuggling cocaine. This retired dental surgeon from Sydney was discovered while trying to smuggle almost 5 kilograms of cocaine from India to Australia disguised as soap.

He was reportedly scammed by an Indian gang – they contacted him over the internet, and later met him in Delhi to hand over the ‘soap’ meant for someone in Australia. When Victor checked the soap, he thought that “the streaks of white stuff” in it were perhaps “additional perfume.” Having found out about the drugs, Twartz said that those responsible for duping him “should be cast in a lake of fire.”

Another elderly gentleman was stopped at the Barcelona’s El Prat Airport – the suspicious looking 66 year old was found to be carrying 6 beer cans and 2 hollowed out stools packed full of cocaine.

He was also wearing a cast, which drew even more scrutiny – the local police spokesman said that it is fairly common for people to try and conceal drugs within their casts. To test those suspicions, apparently border security has a spray that glows bright blue when it touches anything that’s been in contact with cocaine. This turned out to be the first time that the officials found a cast made entirely out of cocaine.

There was also a man found at Madrid’s Barajas Airport with 750 grams of cocaine hidden inside a prosthetic leg. 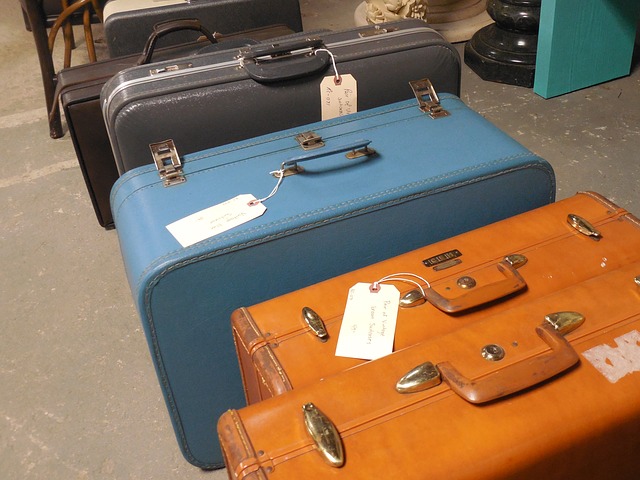 If you thought a cast made of cocaine is impressive, how about a whole suitcase? We’re just getting to the good stuff. A 26-year old Argentine woman flying from Chile to Spain was found with two suitcases made of cocaine. The officials at the Santiago Airport said that the woman was stopped because the suitcases appeared heavier than their contents.

It was one of those crafty chemical manipulations of the drug – cocaine mixed with resin and glass fiber.  Had the smuggling attempt been successful, an additional “chemical process” could separate cocaine from the suitcase’s other ‘ingredients,’ leaving it ready for use. 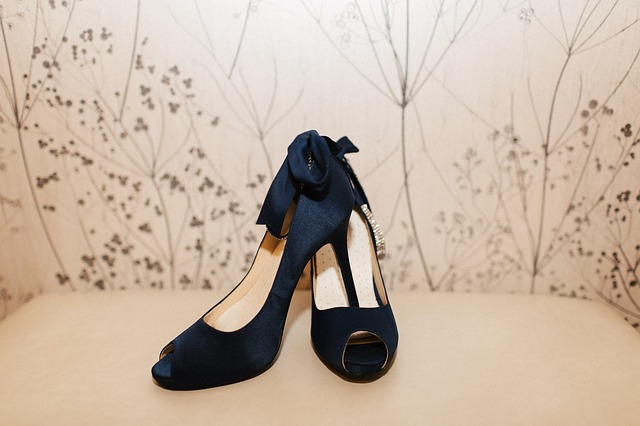 If you happen to be a fan of high fashion, you may have heard of Manolo Blahnik – a designer of obscenely expensive shoes. As we all know from omnipresent knock-offs of any other popular brands, ‘high fashion’ tends to attract imitation. But in this case, the knock-offs were much more expensive than the real thing.

A gang of cocaine traffickers was busted in Northern Spain – an investigation lasting two years uncovered an immensely successful operation. The smugglers created a cocaine paste, then skillfully pressed and molded it into imitations of Blahnik’s shoes – they were then given to airline passengers to be worn on flights to different locations.

While Manolo’s original stilettos can sell for several thousand dollars, the street value of one of those ‘knock-offs’ is around $75,000 per pair.

7. Shoes and bags made of cocaine: 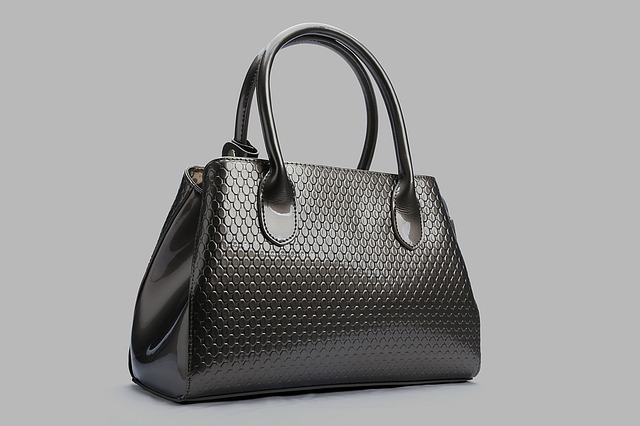 Security personnel at Madrid’s Barajas Airport busted another person for trying to smuggle 12 kilograms of cocaine. This time, the drugs came in the shape of 19 flip-flops and 62 bags.

If you’re starting to notice that a lot of drugs seem to be trafficked into and through Spain, there’s a good reason for that. Spain’s close ties with its former Latin American colonies (which are major producers of cocaine), and its close proximity to Morocco (a major source of hashish) make it a notable gateway into Europe for many traffickers. In fact, in 2012, 398 people out of Bajaras Airport’s the 45 million passengers were detained for drug smuggling. 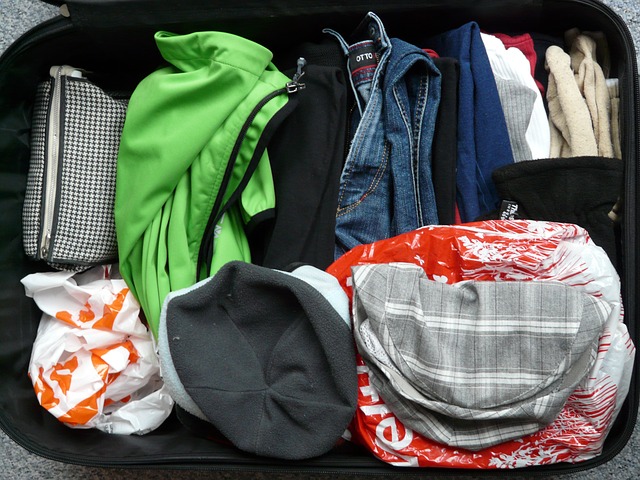 Sometimes you might not have the time, the talent, or the patience to carefully craft your drugs into incredible designer shoes. Apparently at those times, you might just as well just soak your clothes in cocaine.

Another drug trafficking attempt took place at Madrid’s famous Barajas Airport – three passengers arriving from Peru looked awfully nervous, and drew the attention of Spanish police. Upon closer examination, their luggage was found to contain 55 kilograms of cocaine soaked into their clothes.

Apparently cocaine hydrochloride poured onto fabric can account for around 14% of its total weight, and keep about 89% of its purity! These particular clothes were identified as suspicious after being put under filtered light.

If you’re blown away by these smugglers’ creativity, apparently that kind of thing happens pretty often: a Bulgarian traveller at the Rafik Hariri International Airport (Lebanon) was caught with approximately 40 kilograms of cocaine soaked in clothes, a woman from the Philippines tried to smuggle 115 kilograms of cocaine soaked into 23 shirts , and an Australian in Dubai was found with 3.4 kilograms. 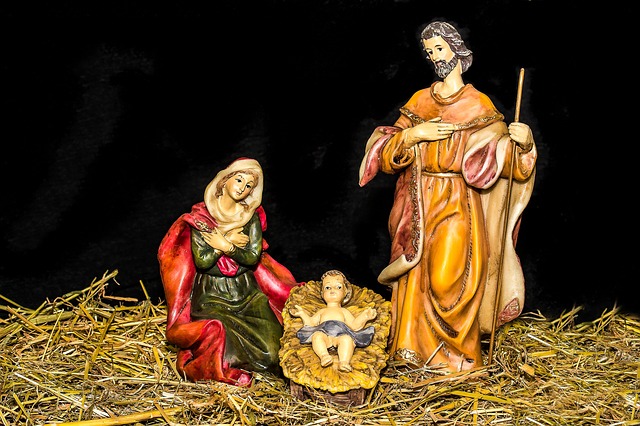 Save your awed faces, there’s still so much you don’t know.

Federal agents in Laredo made a super unusual bust – they confiscated a statue of Jesus Christ, complete with flowing hair and a golden cape, with as much as six pounds of cocaine mixed into the plaster. If not for the sniffer dogs, the statue may have been dismissed as just another trinket.

Some say you couldn’t put a price on Jesus, but this particular one would be worth about $30,000 on the streets. Steven Robertson, a DEA spokesman in Washington saved the worst of his legal vocabulary for this case – he said it was “sacrilegious.”

Had the statue been successfully smuggled, it would likely have been diluted in water, sifted, and dried before being sold in small packages. If you still have any wonder left in you – the owner of the statue was a 61-year-old man, who paid $80 to a woman to take it across the border.

This definitely wasn’t the only attempt at sneaking cocaine into sculptures. Right before three massive sculptures by the famous artist Fernando Botero were shipped from Colombia to Spain, Colombian police found a total of 16 kilograms of cocaine mixed into the clay. 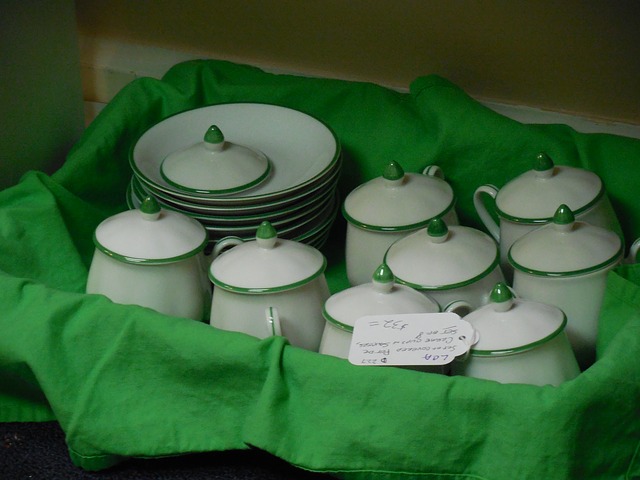 If you think you’ve already seen the work of the finest of cocaine craftsmen, think again. How about an insanely detailed, hand-painted, 42-piece dinner set made entirely out of compressed cocaine?

Spanish police strikes again, with a bust of 45 pounds of cocaine masterfully sculpted into a beautiful set of plates, cups, pots and saucers decorated with sunflowers. 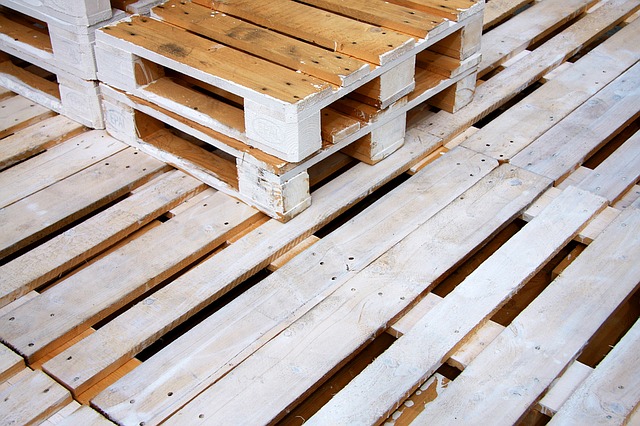 I’m sure you’ve seen many wooden pallets in your life – they often prop up the stock at various warehouses, help transport big quantities of produce, and some may even have found their way into your garden. I bet that’s the kind of familiarity our next drug smugglers are counting on, to sneak in their sweet, sweet stock of ‘snow.’

Spanish police have seized dozens of suspiciously bent pallets that looked like dark wood, and the same shipment contained large amounts of charcoal. Upon closer examination, both the pallets and the charcoal turned out to be made of 1.4 tons of compressed cocaine. 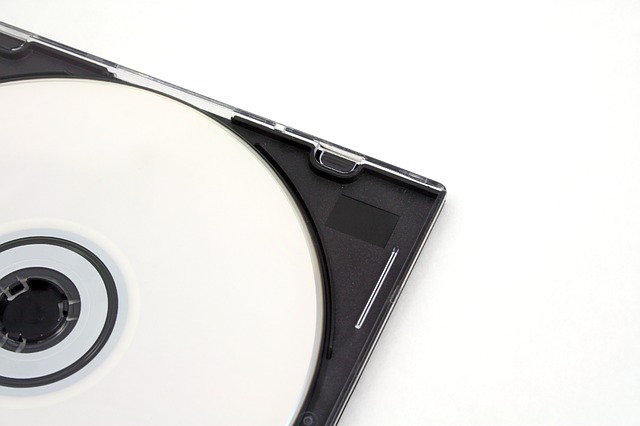 Turns out that when it comes to cocaine-smuggling, the sky really is your limit. With security tightening at borders and airports, South American cartels must get creative. The new high-tech trend for smugglers is mixing cocaine with molten plastic and turning it into a variety of mundane, inconspicuous hard-plastic products such as CD & DVD cases, car dashboards, dog-carrying cases, plastic buckets, and furniture upholstery.

It’s a very clever method, because in that medium, the drug is imperceptible even to sniffer dogs, and can contain up to 30% of pure cocaine! However, it requires an elaborate chemical process both for the creation of the products and the extraction of cocaine from them. Extraction labs are being discovered in various parts of Europe, but a lot of this massive market still remains underground.

If you’re curious about what one of those might be like, check out this article about an extraction lab found in an abandoned building in Slovenia. 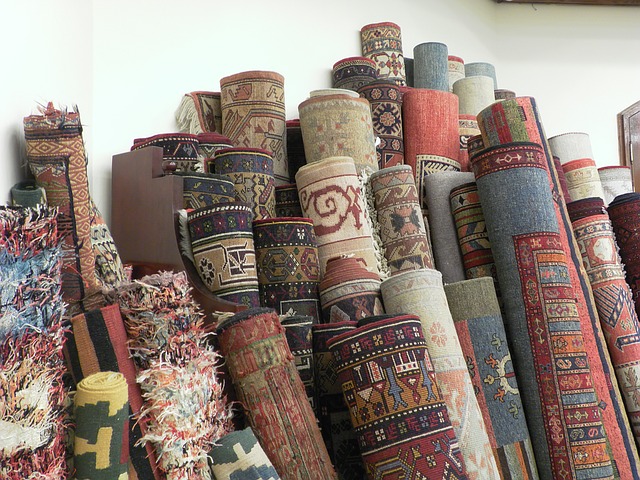 This one is not about cocaine, but it definitely deserves a spot at the Hall of Fame of Impressive Drug Smugglers.

Just when you thought we couldn’t surprise you any more, here comes an entry about millions of dollars’ worth in heroin woven into hand-made rugs! Sniffer dogs at the Manchester Airport aroused suspicions for a large import of beautiful carpets, and upon further examination the security personnel found the drugs “hidden inside thread-like sheathes that look like carpet yarn to the naked eye”.

These smugglers literally managed to create little malleable ‘tunnel containers’ for heroin that look like rope, then wove them into the fabric of gorgeous, completely inconspicuous carpets of commercial quality. 46 of these hand-made knotted carpets were in this particular shipment, and they found around 50 kilograms of heroin hidden in them so far.

The sheer size and sophistication of this operation is just mind-blowing. This particular shipment would be worth several millions of dollars, and while this one was miraculously sniffed out by highly trained dogs, there could have been dozens more that went completely unnoticed.