What are the fastest growing urban centres in Canada? The answer to that question often boils down to which metropolitan area or city has the fastest growing suburbs, because that’s where the growth in population often is. If you’re wondering where to move or which cities to avoid if you don’t care for boomtowns, then here’s a survey of Canada’s fastest growing cities. We’ve also got data on coffee, hockey, and beer. What else could you possibly need to plan your life in Canada? 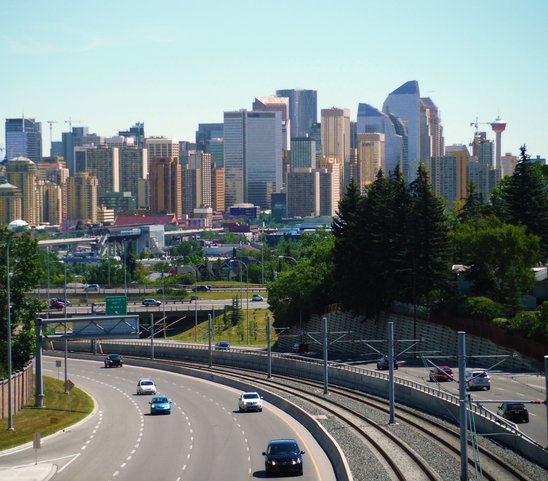 The data in the above table shows that the West is indeed growing faster than the East of Canada, taking into account that Ontario and Quebec still account for 61.5% of Canada’s population. That’s almost 2/3rds. But this is changing, and in a few decades, it may be that the majority of Canadians will be living in the West of the country. Graphically, let’s see how Canada’s population growth has shifted from East to West. 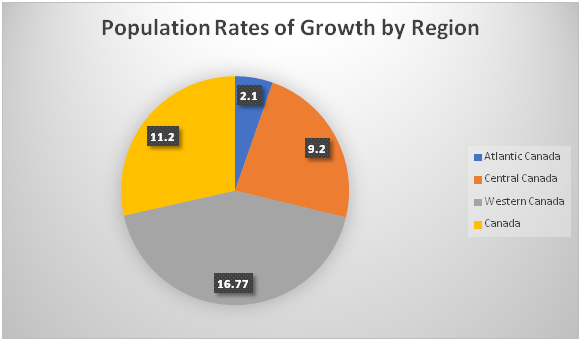 Let’s now drill down inside individual Census Metropolitan Areas and look at Statistics Canada’s data on municipalities in Canada that are:

What do we have here?

In the first place there’s a fairly even division between the number of fast-growing municipalities in the East and in the West:

As well, if we look into Statistics Canada’s data regarding the total population of the municipalities involved we see that:

That’s great but where do I get my coffee, buy my beer, or see my favorite hockey team? The Most Canadian CMAs

But growth of residents alone is not enough to measure whether a municipality, or the CMA which it’s part of, is a place you’d like to settle in. There’re social and cultural factors to consider as well. So, to help you choose which fast-growing CMA you’d like to think about living in, we have put together a table with 4 key characteristics that cover nutrition, entertainment, and sports dear to every true Canadian’s heart:

We chose a more geographically representative set of major cities across Canada, so a few are not in the top growth cities, but most are.

So how do East and West compare in this 11-city table?

Clearly it can be seen that while Central Canada still has a disproportionate share of Canada’s population, it won’t be too long before Western provinces begin to approach the 40% mark. And someday they may very well surpass the 50% mark of total population. With growth rates like the ones in cities like Calgary, Edmonton, Saskatoon, or even Winnipeg, the future of Canada does indeed seem to belong to the West. Even if for now, the bulk of the nation’s political and economic power are still east of Thunder Bay.