In this article you will see some ridiculous drug muling, and find out exactly how much cocaine one can fit into their… body. You’ll also see some of the more cheeky attempts to pass drugs as holy water, attaching them to flying devices, and even hiding them in hair.

There’s so much that goes on at airports – heartfelt goodbyes, sentimental hugs, people lugging around massive bags & trying not to fall asleep at the check-in desk. But if you’ve seen our previous articles on Silly Border Seizures, Crazy Animal Smuggling Stories, and even Cool Weaponry Confiscated By Border Security, you know that there’s so much more to it than meets the eye.

We know you want to get down to the nitty-gritty of the more risky smuggling attempts, so in this article you will see some ridiculous drug muling, and find out exactly how much cocaine one can fit into their… body. You’ll also see some of the more cheeky attempts to pass drugs as holy water, attaching them to flying devices, and even hiding them in hair. 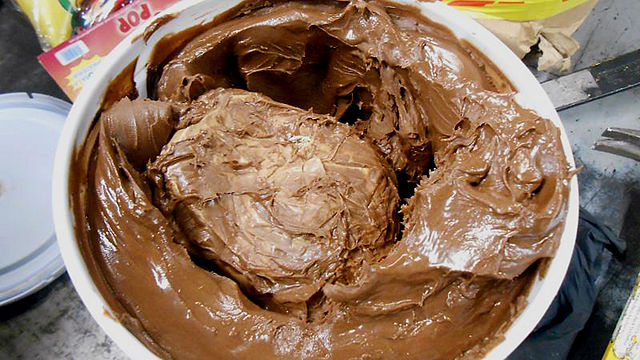 For whatever reason, when we think about drug smuggling, our first guess is that they must have been hidden inside someone’s body… and often, that’s a reasonable assumption. Popular Science outlines the two main types of drug smuggling:

In case you were wondering exactly how much uh, ‘packing’ a body can handle, while there aren’t any specific studies to show the maximum capacity of the gastrointestinal tract, smugglers have been caught with as much as 5 pounds (~2.26kg) of drugs inside their bodies. Muling remains the most efficient way to carry illicit substances across borders, unless you’re like our first ridiculous smuggler:

US National Accidentally Excretes some of ‘packed’ drugs 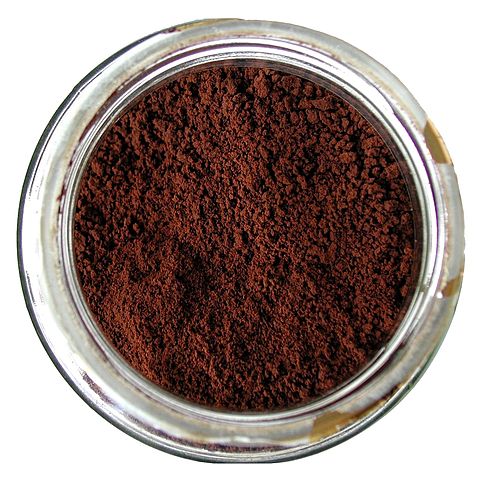 Mark Henderson was caught trying to smuggle over a kilogram of cocaine, in the form of 62 cocaine-filled condoms swallowed prior to departure. During his flight to New Zealand, the smuggler accidentally excreted 25 of them on board, and in a panic, instead of flushing them down the toilet he put them in a paper bag and covered them with coffee grounds.

In what must be the world’s least sneaky smuggling attempt, Mark tried to carry the paper bag of drugs and coffee grounds through customs at the Auckland International Airport. Obviously, he got caught, and immediately confessed to having more drugs hidden inside his body.

In case you’ve ever wondered how exactly drug mules are expected to ‘hand over’ the drugs, here’s a glimpse into JFK’s ‘drug loo’ – a toilet specifically designed for cleaning and collecting the passed drugs.

Of course there are some pretty conventional examples of ‘stuffers,’ and I imagine you’re expecting us to cover something like that time a 73 year old grandmother used her lady bits to smuggle a Kinder Surprise egg filled with cash, heroin, cocaine and tranquilizers into prison for her son, or that time a woman was caught with a fully loaded gun and bags of meth inside her.

But we’re better than that. How about drugs stuffed into foreskin, for a change?

As a result of a severe crack-down on drug abuse in China, people have been getting more and more creative with their illicit habits. A shady-looking Chinese man was caught on a train to Tibet, and upon intense interrogation he confessed to hiding 0.1g of heroin in a small wrap under his foreskin. Across the world in UK, the police arrested a like-minded naked man outside a furniture store at 8:30am – during the struggle, a 7g packet of cocaine ‘emerged’ from the man’s foreskin.

Christopher Michell, a man from Florida who goes by the name of “Fat Boy” or “Biggie,” was caught stashing 23 grams of marijuana between his “stomach rolls”, and that’s not as uncommon as you’d think. A large Jacksonville inmate was also found trying to smuggle tobacco and pot into the prison in the folds of his belly, but it’s nothing compared to the stash found on/in Gloria Perez. The woman from Florida was found carrying a bottle of pills and a knife in her “skin folds,” not to mention the second knife hidden in her vagina.

At least the above smugglers hid things in their real bodies. A pregnant Canadian was pat down by security at the Bogota Airport, when an officer noticed the suspiciously hard and cold belly. Upon further investigation it was found that there were 2kgs of cocaine hidden under a fake latex belly. 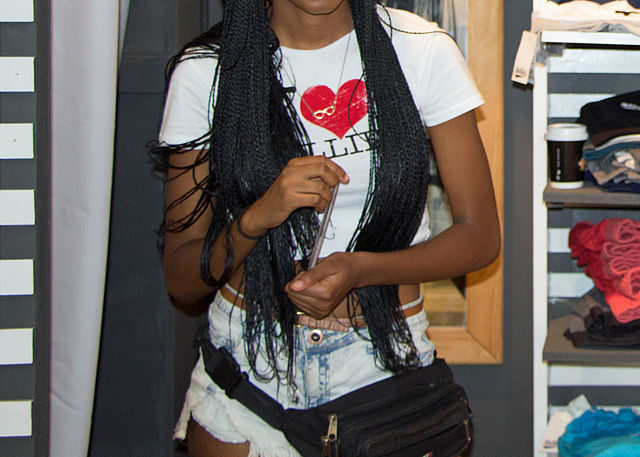 Two British women returning from holidays in Jamaica were arrested with 2.3 kg of cocaine stitched into their hair. If you think that seems like a super creative and rare smuggling attempt, it’s actually a fairly well-established practice. Two Portuguese women were caught at a Spanish airport trying to sneak in 1.2kg of cocaine each under intricate, impeccably woven wigs, and a South African woman was caught smuggling 1.5kg of cocaine into Thailand in her dreadlocks!

Another mom had stashed 880 g of cocaine (£50,000 street value) in hair extensions, and allegedly used her 3-year-old daughter as decoy

We imagine that sewing drugs into one’s hair makes for a pretty heavy ‘coke head.’ To save his neck, a German man sewed cocaine into his shorts instead. The security personnel of the Barcelona’s El Prat de Llobregat airport were pretty surprised (and probably impressed) to find over six kilos of cocaine sewn into 160 tiny pockets on his hand-made shorts.

An anonymous caller in Tijuana (the Mexican border city) informed the police of a suspicious drone that crashed into a parking lot of a supermarket. The police found a remote-controlled flying device overloaded with over 6 pounds of meth. A+ for creativity, F for execution.

Another ridiculous drug smuggling attempt involves a very sophisticated drug rink, smuggling illegal liquid steroids from Thailand under the label – and we kid you not – “Gay lube oil.” Had they been a tiny bit less blunt and less obvious with their trying-too-hard-to-divert-your-attention pink bottles – perhaps they would have gotten away with this massive haul across five states.

In the most hilarious boast ever, the national manager of investigations said that “customs officers were not fooled by the labelling and its misdescription.”

A 50-year-old New Yorker was stopped by US customs. He said he’s returning home after buying some ‘religious items’ in Canada. Upon further investigation he was found to be carrying 100 bottles labeled ‘Holy Water,’ but the dogs sniffed out that there was nothing holy about them. Turns out, they actually contained liquid ketamine – a medical animal tranquilizer, sometimes used recreationally by people, but is most often used as a date rape drug.

We’re thoroughly surprised the smuggler didn’t try to claim religious freedom on this one. You know what they say, one man’s holy water is another man’s… ketamine. 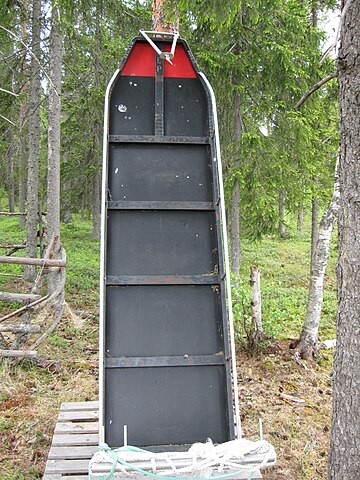 In the most Canadian arrest in all of history, a 21-year-old Cedrik Bourgault-Morin was caught pulling a sled across the Quebec/Vermont border, camouflaged in white. It turns out he was carrying 300 vacuum-sealed bags of Xanax pills (anti-anxiety medication), with a street value of $1.6m.

The only way this story could be more Canadian, is if he had a moose pulling him along.