A lot is made of so-called “Middle America.”  If you’re a TV executive or the head of a massive corporation selling products in the United States, chances are marketing to “Middle America” is going to be one of your keys to success.  But what, exactly, is “Middle America?”  Is it just the states which make up the Central time zone and the rough “middle of the country, from Minnesota in the North to Texas in the South to Kansas and Nebraska in all their big, box-shaped glory right smack dab in the middle of it all?  Or is it a more “cultural” thing, a distillation of the most wholesome, unrealistically-perfect patch of pure Americana?

For our purposes, both of those categories apply, and factor into the exploration of “Middle Canada” here by way of Manitoba and Saskatchewan.  In a survey done by the OECD/World Bank in which the different provinces of Canada were studied from 2006 to 2011, both Manitoba and Saskatchewan, geographically close to the center of Canada, likewise turned up in the middle of the pack in terms of overall population.   Manitoba registered a total population of 1,208,268 in 2011 according to the study, with the rate of change over that time +5.2%, half a percent less than the national average but still representative of significant growth, especially given the small-town feel which can permeate much of the non-Winnipeg area.  In addition, Saskatchewan’s total population numbered roughly            1,033,381 in that same year—a smaller figure, sure, but its +6.7% growth rate is 1.5% higher than that of its neighbor.  What’s more, both have shared economic as well as topographical interests and concerns—agriculture and related industries account for a good number of the jobs in non-metro areas, while cities such as Winnipeg and Regina are commonly listed as two of the more up-and-coming locales in the nation.  Winnipeg, in fact, as this article is being written, is in the process of hosting the 2015 Women’s World Cup in FIFA soccer, certainly no small honor. 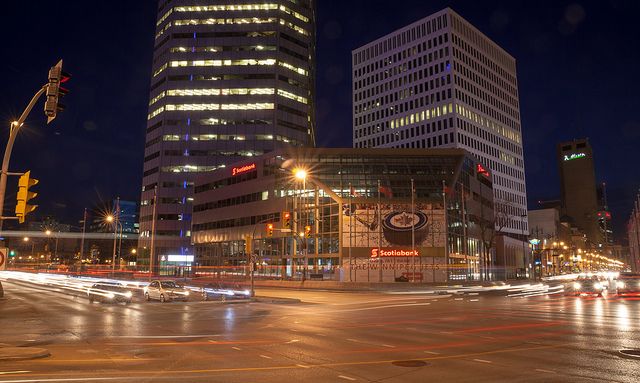 Delving a little more into Manitoba reveals it to be a classic example of “Middle Canada” insofar as it exemplifies the sort of socio-economic situation as was the case back in the 1990s.  Once upon a time, Canada had a bit of a problem concerning its dollar getting pounded in the marketplace. (We know, a hard to believe element of the distant past, right?)  The situation got so bad that Canadian markets faced the unthinkable—letting its teams go.  In terms of gauging the seriousness of an economic crisis visa vi the place in which its taking place, Canada being forced to part with hockey teams is like Paris suddenly being forced to go without first-class wining and dining, or telling Los Angeles natives they’ll have to do without sushi, Apple products and movie studios. 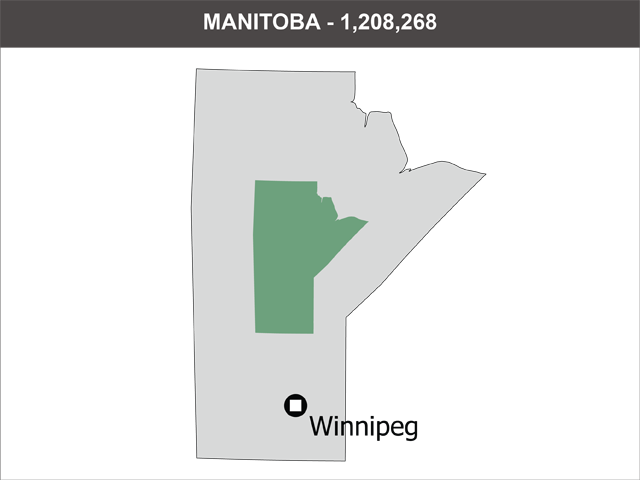 The point is, the economic issues, as is so often the case when the economy crumbles, hit average citizens the hardest, and thus Manitoba came to exemplify that ideal of “Middle Canada” in more than one way.  Not only was the region hard hit and saw the loss of many manufacturing jobs—something that hasn’t exactly stopped in the Rust Belt—but, yes, Manitoba lost its hockey team as the Winnipeg Jets were relocated to the deserts of Arizona to become the Coyotes. 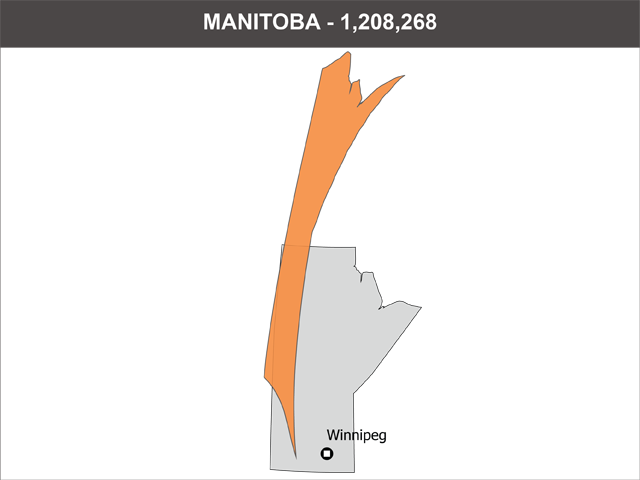 Thankfully Winnipeg, Manitoba, and Canada have all bounced back, due in part to the rise of both new technologies and a massive influx of immigrants into the country, one which may continue in Manitoba in particular for an all-too-poignant reason.  You see, Manitoba in general and the greater Winnipeg area in particular is home to one of the largest expatriate communities of Ukrainians outside Europe and Russia, and given the current unrest in the region, Manitoba may be seeing an increase in its Ukrainian-Canadian population very soon, which is a good thing.  Canada as a whole has come to be more and more a melting pot of different immigrants and ethnicities.  In this, an age of globalization, having a globalized and immigrant-friendly nation can be the lifeblood of diplomatic relations and trade.

Learn about Immigrating to Manitoba 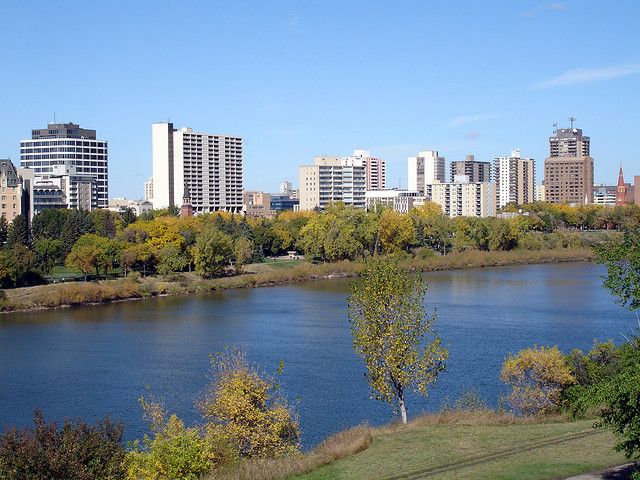 So what about Manitoba’s neighbor, Saskatchewan?  No NHL team—though not for lack of trying—so Saskatchewan has a considerably lower profile on the international stage than does Manitoba.  There may be a point at which even a Canadian has to ask just how important a hockey team can be, and while that’s a justifiable point of view, nevertheless, having a team in an internationally-recognized elite league like the NHL boosts the international profile of your city, which in turn means more attention, more trade, and all the good things that can come as a result. 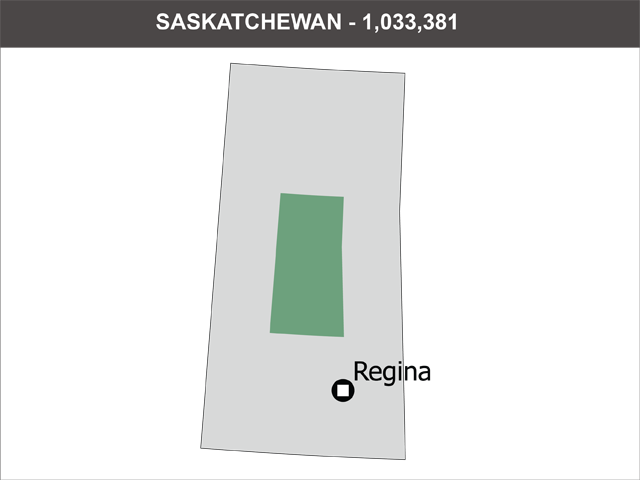 Instead, Saskatchewan, even more than Manitoba, may arguably be seen as upholding the rural and traditional roots of Middle Canadian life.  Sure, it’s not all wilderness, and Regina is a fine city, but compared to some of the biggest cities in the Western world, it’s small by comparison, both in size and stature.  That being said, it could also be said to be more intimate and less corrupted by the negative elements which can come from increased international visibility. 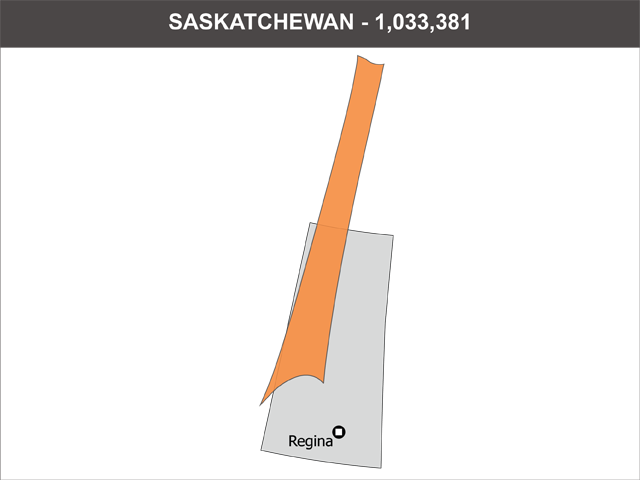 There are actual family-run stores in Saskatchewan, instead of the whole province being absolutely filled with chain after multi-national chain.  Add to that the fact that Saskatchewan is home to some of the most beauteous of Canada’s natural wonders, and you have a province that can make for a great travel destination for foreigners looking to experience something new in Canada besides the same ol’ same ol’ in Ontario and Quebec.

So what does all of this say about “Middle Canada?”  Only this—that it’s as traditional as it is given to change, as given to urban rebounds as it is its rural roots, and as full of life as anywhere else in the Great White North.