Let’s see how the top Canadian and Australian universities do in the global rankings and then dig down into how well they score in domestic surveys in each respective country. There is no definite ranking. Like the universities themselves, they all compete with each other and often have a distinct focus implicit in their methodology. Here are the top 5 Canadian and Australian universities in each of the three above mentioned surveys. Remember, you can dig down into individual subject matter rankings in the some of these surveys to get more detail.

Where to Study: Canada vs. Australia

If you are considering studying abroad at a university or college, there is a multi-step decision process that you should go through to reach a choice on what is a very important decision for you and your family. As explained by the University of Waterloo’s Nello Angerilli, you will likely have to make the following choices:

Do You Want to Study Abroad?

Clearly there are costs and advantages to going to a foreign country to complete or start your post-secondary education. The cost in most English-speaking countries like Australia, Canada, the USA, and the UK, is about the cost of a house, say US$ 150,000 to US$ 250,000 for an undergraduate degree. The advantage is you will be studying in English (assuming you choose an English-speaking country), and will gain familiarity with the country and make acquaintances and contacts that may help you when looking for work. Plus, you will have a degree from an institution that is recognized by employers in your adopted country and elsewhere as well, depending on the school’s ranking.

An important fact pointed out by Angerilli, a university administrator with decades of experience in several countries, is the OECD overall ranking of a country’s education system. Countries with high overall rankings have less variation in quality of education between their top and the bottom ranked universities. That means if you don’t get into your school of choice, your second choice or even third choice will still offer a quality education. The Program for International Student Assessment or PISA tests 15-year-olds’ ability in reading, math, science and problem-solving. It can be seen as a proxy for the basic quality of a country’s educational system. In the 2012 results, Canada ranked 9th. (China produces separate rankings for the Chinese Mainland, for Hong Kong, and for Macao, and we have excluded highly-ranked Liechtenstein from the sample because of its very small size.) Australia ranked 15th just ahead of Ireland at 16th while New Zealand ranked 19th. The UK ranked 22nd while the USA came in at a disappointing 32nd with a mean PISA score slightly below the OECD average. While it is clear that, in most ranking systems, universities in the USA occupy much of the top 10, or top 20 spots, the variability in the quality of education across the large number of colleges and universities in the USA is something to be aware of. Few people get into Harvard or MIT and your 2nd and 3rd options are important in deciding which country to choose.

Which City Do You Want to Study in?

In a country like the USA, you have an overwhelming amount of choice from Seattle to Miami, from Boston to San Diego and everywhere in between. Remember however, that you are likely looking for a safe, stable environment where you can focus on studying and achieving your post graduate goals, be it employment or further education. Or both. In countries like Canada and Australia the choice is not nearly as widespread as in the USA but cities like Toronto, Sydney, Melbourne, Montreal, or Vancouver are among the most livable cities in the world according to Economist Intelligence Unit rankings. They are also important economic centres where much of the highly paid work is to be found.

In Medicine the rankings place:

If Computer Science and Information Systems is where you plan to focus your studies, then:

Having made a decision on each of the above choices, you now have to ask yourself what university or college do I want to study? As pointed out by University of Waterloo’s Angerilli, there are several factors that go into picking a specific school for post-secondary studies:

With all this in mind, let’s see how the top Canadian and Australian universities do in the global rankings and then dig down into how well they score in domestic surveys in each respective country. A word of caution. There is no definite ranking. Like the universities themselves, they all compete with each other and often have a distinct focus implicit in their methodology. Sometimes they seem overtly political, like the Global University Ranking, which is based in Russia and ranked Moscow State University in 5th place ahead of Harvard and Cambridge.

The acknowledged Top 3 surveys are:

Here are the top 5 Canadian and Australian universities in each of the three above mentioned surveys. Remember, you can dig down into individual subject matter rankings in the some of these surveys to get more detail. 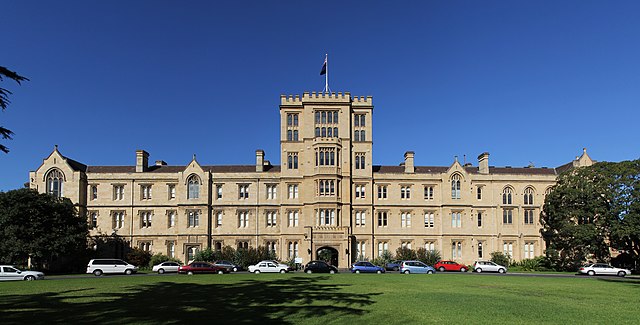 ¹ A quality certification separate from the rankings. 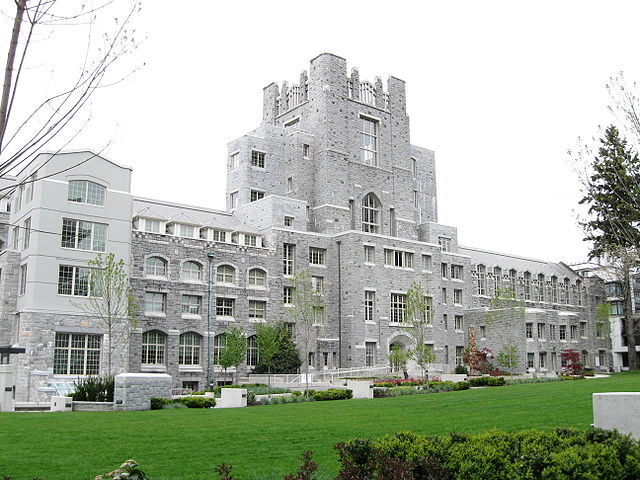 What these tables show is that for hard science and research, Canadian universities seem to have an edge on their Australian counterparts but in more general surveys, like the Times Higher Education rankings for Arts & Humanities, the Australian universities take more of the top 5 spots. While the ACT, or Canberra, might not be as exciting a city as Sydney, all the above universities claim first class campuses in highly rated cities like Melbourne, Toronto, Vancouver, Montreal, and Sydney and ACT of course. And all of these cities are very good places to start looking for a job when graduation ceremonies are over. And both Australia, with its Temporary Graduate visa (subclass 485), and Canada with its Post Graduate Work Permit Program (PGWPP) that can be valid up to 3 years and is a step towards gaining permanent residence through the Canadian Experience Class, (CEC) program, offer work visas and/or permits for graduates from local universities. A good thing to keep in mind when choosing where to study abroad.

WHERE TO STUDY: CANADA VS. AUSTRALIA PART 2 – LESS FAMOUS SCHOOLS: Canada vs. Australia: Digging Deeper into the School Rankings

As we outlined in our previous article on the top Australian and Canadian universities, once you decide to study abroad, you then face a choice of which country to choose, and which city to choose to live and study in. You may also wish to work during and after your studies. While both Canada and Australia have highly ranked universities, it is always a good idea to compare the depth of options available. That means looking at mid-ranked universities which can still offer great value, as well as community colleges or technical schools that offer diplomas in careers you might with to consider. There’s a lot more on offer than just scrambling for a place in Med School at The University of Melbourne or University of Toronto.

Do not think of these schools as middling or mediocre by any means. These are universities that either just fell short of the best 5 rankings by Canadian or Australian schools on a global scale that we highlighted in our last article, or are highly ranked in domestic Canadian or Australian rankings, but less so in global rankings. Part of the reason is they often do not have as high a research profile as the top ranked schools, but do very well in terms of undergraduate teaching quality.

The following summarizes those schools that rank relatively highly in global surveys but did not make it into the top 5. We use the same 3 surveys: Times Higher Education (THE), QS World University Rankings, and Academic Ranking of World Universities (ARWU). The THE survey focuses on academic reputation, the QS survey focuses more on student and employer satisfaction, while the ARWU survey is research-results oriented with a science and engineering emphasis. All 3 surveys are internationally recognized and are often used in by governments, corporations, schools, or students and parents themselves.

¹ The curriculum is mostly in French although some thesis presentations and other work may be presented in another language like English.

What this table shows is the subjectivity of each ranking – or the difference in focus of methodology, if you like, between various ranking systems. For example, Macquarie and York Universities come close to the bottom in the QS and AWSU rankings but come in the top 100 in the THE survey. At the same time many schools that do reasonably well in QS and AWSU do not appear in the THE top 100. It is always a good idea to use several rankings only as a general guide, like an index in a library, and dig further to see what any specific school has to offer. For example, if your interest is Modern Languages then The Australian National University and University of Toronto both rank very well at 14 in the QS survey while the University of Melbourne is at 23. In Geography, a subject mattered dominated by British schools according to the QS rankings, you will find the University of British Columbia, The Australian National University, and University of Toronto at 10, 11, and 12. Remember, use several rankings and do further research to see what school suits you best.

Community Colleges are found in urban, suburban, and rural locations in both Canada and Australia. Because most international students, as well as immigrants, choose to locate in larger urban areas, we will focus on Colleges and Institutes in Toronto and Sydney. While international and even domestic ranking systems at the community college and technical school level are hard to find, we can use in the case of Toronto, the entrance requirements for individual subjects or programs within the Ontario Community College system. The higher the requirements, the more in-demand these occupations are. For example:

In Australia the Technical and Further Education, (TAFE), colleges or institutes are state funded and operated and provide tertiary vocational training under the National Training System and Australian Qualifications Framework in a wide range of areas including:

In New South Wales, as well as in other states, they issue a variety of certificates and diplomas that can often be used as partial credits towards a Bachelor’s degree. They include:

In Sydney you have several TAFE colleges and institutes:

Go here for entrance requirements to TAFE colleges in New South Wales. Remember that TAFE colleges and institutes will help you achieve certification in Australia which means you can start working as a full-time professional assuming you have the required visa.

Finally, in the case of both Australia, which offers a Temporary Graduate visa (subclass 485), and Canada which has in place a Post Graduate Work Permit Program (PGWPP) that is valid up to 3 years, depending on the length of your academic program, and is a step towards gaining permanent residence through the Canadian Experience Class (CEC) program, offer work visas and/or permits for graduates from local colleges and institutes.