If you’re wondering, North Korea, Somalia and South Sudan weren’t even evaluated in 2013, because they were too dangerous to assess. (Haiti didn’t do so badly, despite its reputation in North America as one of the worst countries in the world: it was ranked 161st best out of 187 total.)

So where do people actually consider immigrating but shouldn’t?

Who would move to Kazakhstan after Borat, right? Wrong. Kazakhstan is the 15th most popular immigration destination in the entire world. Now, that has a whole lot to do with Russia (see below), where about 2/3rd of immigrants to Kazakhstan come from, but it’s still a bit of a surprise. Yet Kazakhstan actually comes out looking pretty good compared to the other countries on this list: They’re the 69th most developed country in the world – that’s ahead of some European countries, such as Albania and Georgia. They’ve got more space than just about any other country in the world – only Australia and Canada are less densely populated. And though they’re pretty horribly corrupt, they are at least less corrupt than most of their neighbours. And it’s actually kind of gorgeous. 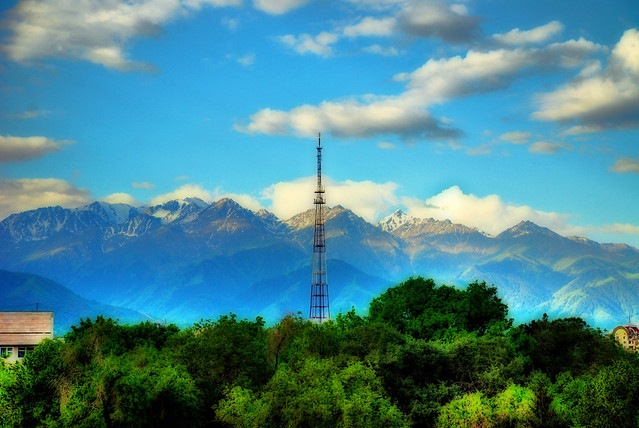 Go for the wide open spaces, stay for the scenery! 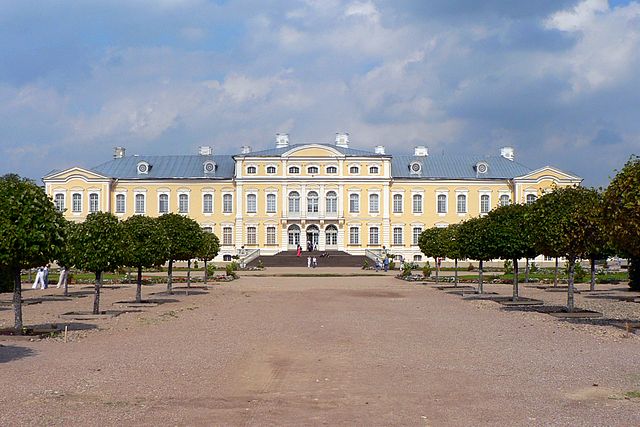 Not a lot of people are trying to immigrate to Latvia, so maybe you are wondering why it’s on this list. Well, aside from the (bad) weather, there’s likely another reason why nobody wants to go to Latvia: Latvia doesn’t want you! Out of 34 countries ranked by the Migration Policy Index – which focuses on developed coutnries’ immigration policies, mostly in Europe – Latvia ranks dead last. Latvia makes virtually no effort to handle the 330,000 people that have come: 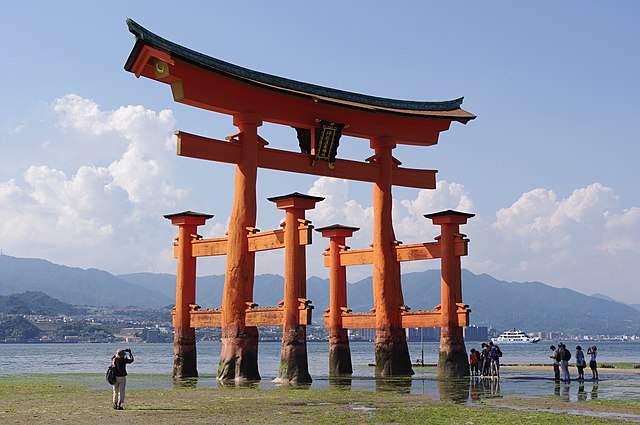 Japan is sort of notorious for being unfriendly to immigrants – the country has a long history of obsessing over “racial purity”. So it might be a surprise to know that Japan actually sits at 22nd on the list of largest immigrant populations in the world. But many of these people are actually ethnic Japanese descendants of emigrants who left Japan in previous decades. Many of them returned to Japan in the early 1990s, when Japan desperately needed labour. They came from all over the world: not just China and South Korea but Brazil and Peru.

Of course, Japan didn’t kick them out, but the government offered to pay some of these ethnically Japanese immigrants to leave, forever. The South American immigrants were offered $3000 per migrant worker and and $2000 per dependent to leave, and to pledge to never come back. Japan is so xenophobic they don’t even want their own people!

Russia is, for some reason, the second most popular country to immigrate to. It is ranked as the 55th best country to live in the word, but if the Sochi experience is telling us anything, either that means that the rest of the world is pretty terrible, or The Human Development Index has something wrong with its standards. Much of Russia contains some of the coldest inhabited parts of the world, including both “North Poles of Cold” (-67.8C!!!). 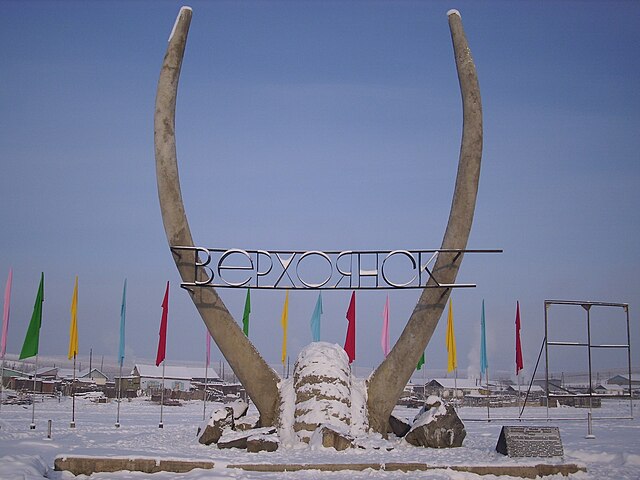 And when it’s not too cold, it’s too hot! In the summer of 2010, some major Russian cities, such as Volgograd and Rostov, experienced highs in the low 40Cs. And Moscow wasn’t far behind, hitting 39C one day. Why would you want to move here?

Add to it the legendary corruption: Russia was ranked the 2nd most corrupt country in Europe, among the most corrupt countries in Asia, and one of the 50 most corrupt countries in the world. We are getting a full dose of this notorious Russia stereotype through the Sochi Games – over $50 billion dollars spent and there aren’t even hotel lobbies. It can only be out of sheer desperation that people immigrate to Russia; other parts of the world must be worse. And that’s born out by the numbers: two of the top most traveled migration routes in the world are between Russia and Ukraine and Russia and Kazakhstan – both countries are considered more corrupt than Russia, and both are also considered less developed, Ukraine in particular. (Though why anyone would choose Russia over Kazakhstan is beyond me.)

Despite its exploding population, India remains one of the most popular immigration destinations in the world, likely because it sucks to live in Bangladesh – the country with far and away the greatest population density of any country over 100,000 square kilometres in size. India’s other neighbours, such as Pakistan, Burma – I mean Myanmar…I mean Burma – are not much fun either. So I guess it makese sense that over 5,000,000 people have made India their new home, but it’s still kind of nuts. India is the second most populous country in the world, behind China, and rapidly gaining ground.  It has nearly 4 times the population of the 3rd most populous country, the United States. India is crowded – not as crowded as Bangladesh, but it is the densest country over 5,000,000 square kilometres in size – and it is notoriously dirty. 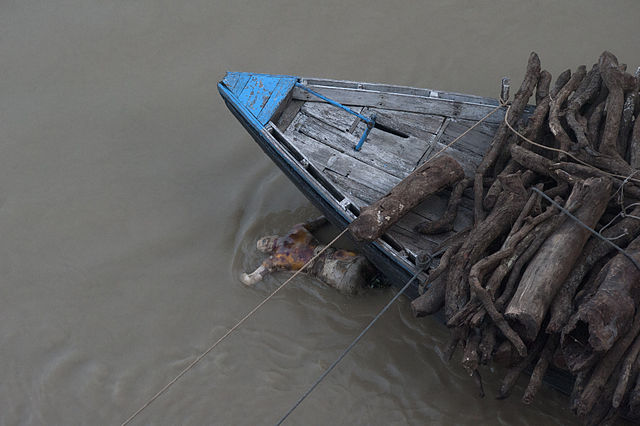 Also, despite its reputation as the new home of IT, it ranks as the 136th most deveoped country in the world, tied with Equatorial Guinea. It isn’t as corrupt as some countries on this list – as the 94th least corrupt country in the world, it is at least sort of average when it comes to corruption. But honestly, it’s not just crowded and dirty, it’s hot! And it’s rainy. No thanks. 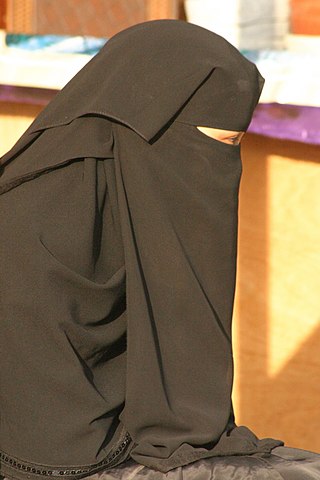 Though Saudi Arabia is tied with Bulgaria for status as the 57th most developed country in the world, and though it’s relatively incorrupt, it’s still a religious dictatorship, with extremely strict laws, especially for women. One of the richest countries in the world, with a growing economy – expanding beyond just oil – and with a need for more labour, Saudi Arabia is a natural draw for immigrants. But the Royal Family imposes Sharia law on the country, and politics has changed little from tribal practices – there are no federal elections but men can “petition” the King through local councils. Women are not even allowed to drive, though they were recently promised the right to vote in local elections sometime in the future.

I guess if you’re a single male, and you want to make some money while not having any fun – remember, no drinking! – then this might be the place for you. But for everyone else, it’s hard to see the appeal.

I imagine that a lot people in the west see India on a list like this and think “who would want to immigrate there?” Well, Pakistanis might. Pakistan is less developed and more corrupt than India, and it is beset by much of the same weather issues. It’s a little less crowded, but this is a relative thing. Perhaps more importantly, it has significantly more serious terrorism and human rights issues than much of India. So it makes sense that lots of people have left Pakistan, even if most of those people are going to India or Saudi Arabia. But what’s a little shocking is the sheer number of people moving to Pakistan. Pakistan’s net migration is a negative – meaning more people have left than immigrated – but it still manages to be the 13th most popular immigration destination in the world. Pakistan hasn’t published information about the source countries of these immigrants – but would we really be surprised if many of them are from Afghanistan? Anyway, if you don’t have to move here, why would you? 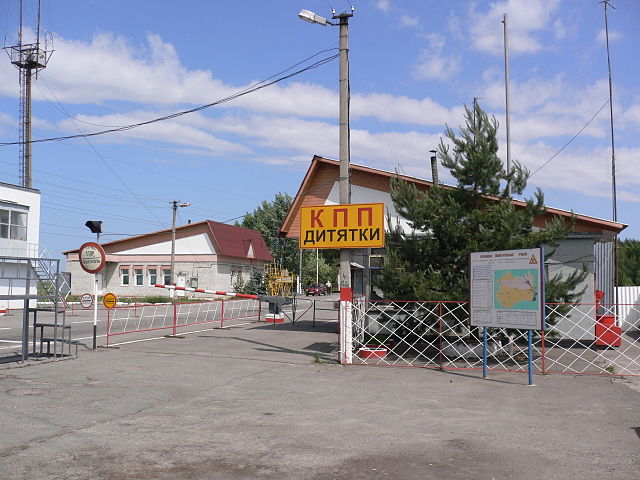 Ah, the home of the Chernobyl disaster. Ukraine is the most corrupt country in Europe (worse than Belarus!), and is barely out of the top 25 in the world. It’s tied for the 3rd least developed in Europe, as well; only Bosnia – which at least as a devastating civil war as an excuse – and neighbouring Moldova are less developed. Approximately 40% of Ukraine’s economy – which has finally semi-recovered from multiple financial crises – is estimated to be in the black market, so it’s unlikely you’ll get a legitimate job. Ukraine is so corrupt, it’s as ranked as corrupt as Nigeria, the home of internet scams! It’s no surprise that most immigrants to Russia are from Ukraine. It’s more surprising that so many immigrants from Ukraine are from Russia, and we must assume it’s either the weather or ethnic ties that draw so many, making Ukraine the 11th most popular immigration destination in the world.

Sure, you’re saying “I thought this list was going to be of places people want to move to! Nobody wants to move there!” But Cote d’Ivoire is the 19th most popular country to immigrate to. I know I’m surprised. In 2013 it was the ranked the 20th least (168th most) developed country in the world – though in it its defense this was up from 18th in 2011, when it was in the midst of a now-resolved civil war, so that’s something. It’s somehow considered less corrupt than Ukraine, so there’s that. It’s actually the biggest economy in the region, dominated by coffee production. That must be why so many people move there. The vast majority of immigrants have come from Burkina Faso, which you’ll see up top on the list of worst places to live in the world. This migration thing is all relative. Cote d’Ivoire might appear horrible to us, but to some people it must look pretty good.

Best Countries to Immigrate to

So that’s our list of the worst places to immigrate to in the world. What do you think? We shouldn’t have included Pakistan? We left off Iran? Let us know in the comments section below.

Worst Tourist Destinations in the World

Nigeria is the “Worst Place to Live”