How to Get Married in Cuba (Guide for United States Citizens)

Overview of the Cuban Marriage Process 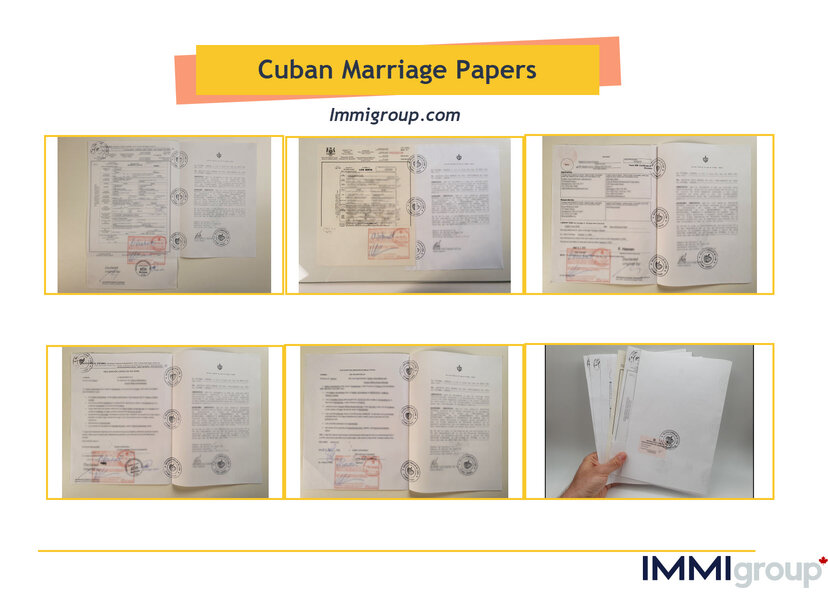 Each nation has its own laws which apply to nationals marrying foreigners. Marrying a citizen of Cuban with the aim of later bringing your pouse to United States to live is a complicated procedure with many different parts. The government of Cuba imposes strict conditions on all foreigners who marry Cubans in order to discourage Cuban citizens from emigrating to other countries.

If the plan is for your Cuban spouse to live with you in the United States, you must do a second step with US immigration. You will at some point need to contact an immigration attorney. If you need a referral, please indicate this request on our order form.

How long will it take to get my documents ready so I can get married in Cuba?

Once you have found all the necessary documents, it can take 2-4 weeks for the various documents to be authenticated in your home state (and in Washington, if necessary) and legalized in Washington for use in Cuba. *Covid-19 timelines are 2.5 to 3 months.

What other Cuban marriage fees can I expect?

If you want to marry a Cuban citizen, you must prove to the government of Cuba that you are qualify to do so. You must provide the following:

As you might expect in a communist country, marriage in Cuba is a bureaucratic process with all sorts rules you have to follow. Just about anyone can get married in Cuba, not matter your citizenship or your country of residence, as long as you can follow the rules and provide the correct documentation. As the American, i.e. the foreign partner, in the marriage, the Cuban government must see the following documentation:

It's extremely important to remember that all these documents, or certified or notarized copies of the documents, need to be translated into Spanish and then legalized (i.e. accepted for use in Cuba) at the Cuban diplomatic mission in United States nearest you. You should really should make sure this is all accomplished before you fly to Cuba for the marriage.

In order to get married in Cuban, your Cuban fiance will need to provide the following documentation:

If you are marrying in Cuba, if you, the American citizen, are unable to actually attend the marriage ceremony due to travel restrictions imposed by the US government, believe it or not you can choose a representative to go to the wedding for you, through the Cuban Embassy in United States. This grants the representative the legal ability to stand in for you at your own wedding (seriously) by means of a letter notarized in the United States, which is then legalized by the Cuban Embassy, and mailed to Cuba. This representative only has to be an adult, and can be either gender regardless of your gender. The representative can be of any nationality, too.

In order to to represent you in the wedding, your representative must give the Cuban authorities require the representative provide certain information about themselves:

Civil marriages in Cuba occur at offices administered by the Ministry of Justice of Cuba named Consultoría Juridica Internacional, S. A. In Havana there are two locations, which you can find at these  addresses:

When you go, make sure you have all the above-listed documentation (your documents plus your fiance's) along with at least 2 adult witnesses who cannot be related to or your Cuban fiance, nor can they be related to you. (No immediate family members!) These witnesses should be able to understand and speak Spanish enough to participate in the marriage ceremony, and must provide the following information:

There are several marriage fees as well as a stamp fee. Once completed, you should receive 3 copies of the Cuban marriage certificate.

Can I get married in an alternative country (Ex. the Dominican Republic)?

Yes, but your Cuban partner will still need to prove they have married you if you’re planning to move with your partner to the United States. The process for doing so is the same as preparing to marry in Cuba.

Salaries are much lower in Cuba than they are in the United States. You guessed it! That's because Cuba is a communist country. Because of communism, there also isn't much variance between salaries. Though the average wage is about $10 month there isn't much salary difference between unskilled and skilled laborers. For example, an unskilled labourer may make as much as $17 while a a brain surgeon may make as a little as $22 a month. Because taxis in Cuba are paid using Cuba's so-called "convertible peso" which is tied to and equivalent to your U.S. dollar, a college professor in Cuba who earns $40 per month will have to pay half his his monthly salary to get to the college from the city (Havana) if he chooses to use a cab. A taxi driver can earn up to or more than half of a college professor’s monthly salary from a 45 minute fare. 11 million Cubans get education and health care for virtually free, but putting food on the table can be extremely expensive in comparison.

Cubans who have access to American currency or even convertible pesos – those who work in the tourism industry or who have expat relatives overseas – can use this money to supplement their meagre incomes. But millions of Cubans have no such access – they are paid in Cuban money, which is of little value. And sometimes they have to pay for services in converitble pesos.

New President Raul Castro has reduced the number of state employees and their salaries and his government has also introduced some popular reforms such as allowing Cubans to stay in hotels that once were limited to foreigners but there hasn't been much economic improvement in day-to-day life.

What if my Cuban partner works at a resort? I'm worried that the resort will discover our relationship. (I believe Cubans who work for or at resorts are not allowed to have romantic relationships with foreign guests.) My partner will lose their job. What will happen if they're fired? Is there anything I should be aware of?

A resort job is one of the best jobs in Cuba, those at a resort sometimes get paid better then doctors. If your partner works at a resort and loses their job because of your relationship, you are expected to financially support them until they can find a new job or until you are able to bring them to the US. Obviously it's up to you how much money you decide to send to your Cuban partner but even USD$100 a month will make a big difference in the lives of most Cubans.

Is a basic civil marriage okay? Can I skip an elaborate ceremony and reception?

You don't have to pay for a giant ceremony and bring all your family and friends down for the marriage, but a small reception, at you loved one's family home for example, would provide some good photos for the I-130 petition. No ceremony at all might strike immigration officials as suspcious.

How do I get married in Cuba?

Weddings in Cuba are common, even if they aren't common for Americans. Most Cuban resorts are used to hosting weddings so ask your resort/hotel about what they provide.

How can Immigroup help you with your Cuban marriage?

Immigroup representatives deal with the American and Cuban governments on your behalf. Our job is to make everything is perfect for your marriage in Cuba and you are not missing any documentation, so you can successfully marry your Cuban spouse and bring them back to the US.

Is Immigroup experienced in Cuban marriages?

Immigroup has existed since 2004 and we have been providing Cuban marriage services since shortly after, in 2005. Because we're Canadian, we were doing Cuban marriages before most Americans were travelling to Cuba, so we have more experience than similar American companies. (And yes, we've done plenty of Cuban-American marriages too.)

Bringing Your Cuban Spouse to the United States of America