The British Columbia Provincial Nominee Program (BC PNP) accelerates the Permanent Resident application process for skilled and/or experienced workers, experienced business persons and their family members who want to settle in BC permanently. It allows nominees to apply for permanent resident status through Citizenship and Immigration Canada (CIC) under the fast-tracked Provincial Nominee stream – which can be faster than applying through many federal immigration streams.

If you are unsure whether you qualify for immigration to Canada under the BC Provincial Nominee Program, book a consultation with one of our qualified immigration consultants:

About British Columbia (BC)

British Columbia is located on the west coast of Canada bordered by the Pacific Ocean, on the north by Yukon and the Northwest Territories, on the east by the province of Alberta, and on the south by the United States.

The westernmost of Canada’s provinces, BC is renowned for its natural beauty. The Vancouver area is the third-largest film production location in the North American continent (behind New York and Los Angeles). Vancouver, the province’s largest city and metropolitan area, also serves as the headquarters of many of the Western-based natural resource companies. It also benefits from a strong housing market and a per-capita income well above the national average.

Due to its location, the southern coastal region of BC has a milder climate compared to the rest of Canada. Rainfall dominates this region in the winter. The Temperature in Vancouver averages between 13°C to 22°C in July (midsummer) and 1°C to 6°C in January (midwinter).

Temperatures are much harsher in the Northern mountainous regions. The annual temperatures in Prince George averages between 22°c to 9°C in July and -6°C to -14°C in January.

British Columbia has many natural resources and its economy is heavily centred on the forestry industry but also with increasing importance in mining. Employment in the resource sector has fallen steadily, and new jobs are mostly in the construction and retail/service sectors. Tourism also plays a major role in the economy which in turn has created high demand for occupations in the tourism industry. Also the development of the North east region of BC is desperately seeking people in mining and industrial industries.

The North East Region in BC is a low populated area in Northeast BC which is high in natural resources. One of BC’s primary goals is to develop this area and grow the resource-driven industries of the area. This is a great opportunity for semi-skilled immigrants who wish to become permanent residents of Canada.

You must have an offer of permanent, full-time employment in a skilled occupation that is in the O, A, or B Skill Levels of the National Occupational Classification Matrix; the wage offered must be competitive with BC wage rates for the occupation; the employer must have been operating in BC for at least one year and have at least five paid employees.

Learn more about the BC Skilled Worker Program

This program is for semi-skilled workers who’s occupation is in tourism / hospitality, food processing and long-haul trucking anywhere in BC.

Learn more about the BC Sem-Skilled Worker Program 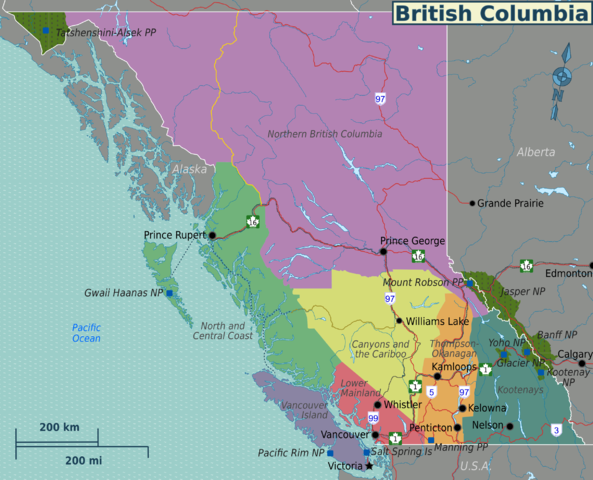 This program is designed to attract semi-skilled workers to the northeast region of British Columbia who work in a semi-skilled occupations.

This program is for businesses or entrepreneurs who wish to buy and expand, or invest in an eligible business in BC. The investment must create 1-3 new jobs for citizens or permanent residents of Canada. You must invest the minimum amount required and also have the desired net worth. You must also sign a Performance Agreement declaring that you intend to implement your proposed plan.