Who is Coming to Canada?

Around the world, prospective immigrants to Canada want to know how their educational credentials measure up against Canadian standards. But just as importantly, this international pool of potential new Canadians – overseas CIC-ECA applicants specifically – have needs and aspirations that must be better understood to ensure Canada designs effective immigration policies with successful outcomes for new Canadians. WES – a CIC-designated provider of educational credential assessments – has done a survey of precisely these overseas applicants who have submitted an ECA. Here’s what they found:

In response to the changes in the FSWP, especially the new points system under Express Entry, the profile of overseas applicants appears to be changing.

They are younger as the following bar chart shows: 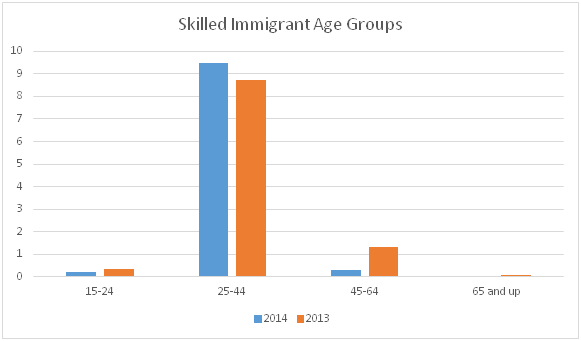 They are mobile as the following table shows:

While India and Philippines occupy the top 2 spots in both charts one can see that the UAE is home to a lot of non-citizens, many from India and Pakistan, who are interested in migrating to Canada. As well, fewer Nigerian and Iranian citizens responding to the survey are still residents of their home countries. Further, 10% of all survey respondents had lived in Canada before: 45% as international students and 28% as Temporary Foreign Workers. That is, 4.5% of all respondents had lived in Canada as international students and 2.8% had lived in Canada as Temporary Foreign Workers. This shows that potential Foreign Skilled Worker applicants are mobile and willing to relocate in search of a better quality of life.

They are well-educated as the following chart shows: 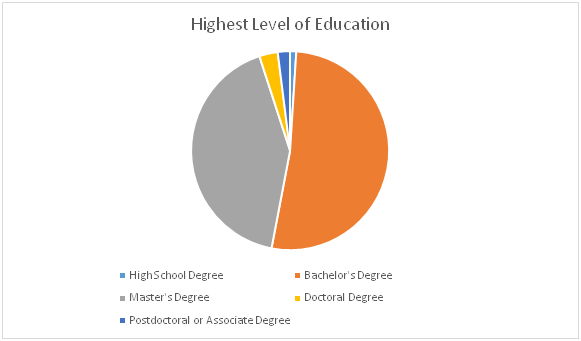 They will or, want to, work in leading-edge sectors of the economy:

Healthcare, Technology, Media, Finance, Engineering, and Academia: it reads like a STEM – Science Technology, Engineering and Math – recruitment poster. These are high-value-added sectors or vital professions like nursing. The challenge is how to help new Canadians acquire the experience and professional standards or licenses to enable them to find work in their chosen area. By giving so much weight in their points system to those with a job offer, Express Entry is taking a step in that direction. Their focus needs to be enhanced with support programs for new Canadians to help them adapt.

They have work experience:

These are striking results. Almost 60 % of respondents have 6 or more years of work experience and nearly 1/3 have more than 9 years. Those with 0 to 2 years of experience only account for 8 % of applicants. Again, applicants realize that job experience is key in the Express Entry points system. Not only that, 88 % of respondents said they work full-time and only 5 % stated that they were unemployed. 3 % work part-time and 3 % indicated they were studying.

In other words, the respondents come from a relatively well-off, middle class background with almost all enjoying full-employment.

Why Do They Want to Come to Canada?

The motivators for migrating to Canada are several and are often economic:

Jobs, income, and careers are top priorities but education and political stability rank relatively high as well. Note that respondents listed more than 1 motivation so totals are more than 100%.

What do they expect from Canada?

While very positive about what they will achieve in Canada, the respondents were also fairly realistic about the barriers or challenges they would face.

What impact would a move to Canada have on their careers? 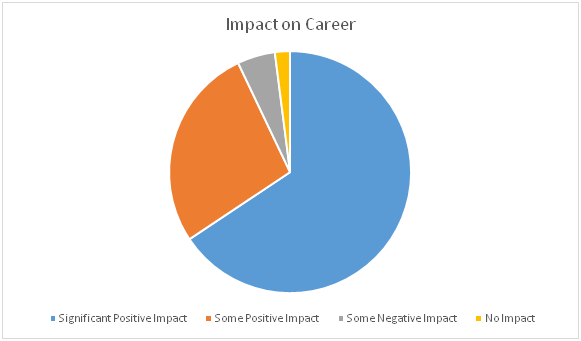 As to how long it would take them to find work in their field, the results are fairly optimistic as well:

What challenges/barriers did prospective immigrants perceive?

When asked to list 3 barriers they may encounter in Canada, respondents answered as follows:

Where Do Prospective Immigrants Want to Settle?

This clearly shows that intentions do not always match reality and that immigrants need to consider alternative destinations in Canada in which to settle, like Manitoba for example.

Which kinds of support do prospective immigrants want?

How are their plans and immigration processes proceeding?

Summing up, Foreign Skilled Workers who have submitted ECAs in order to apply to immigrate to Canada are a well-educated and experienced group of immigrants whose profile has changed remarkably in just a few years. The next step will be to monitor those who have migrated to Canada to see how successfully they are adapting to life in Canada and achieving their career goals. This will help provide support programs to assist new Canadians in successfully settling in Canada.