Even though UK citizenship and nationality law is extremely convoluted because it is based upon more than 1000 years of legal precedents, in this article we’ll break down the basics so that you can determine if you’re a British citizen, which will mean you are eligible to apply for a British passport. So let’s get to it!

Even though UK citizenship and nationality law is extremely convoluted because it is based upon more than 1000 years of legal precedents, in this article we’ll break down the basics so that you can determine if you’re a British citizen, which will mean you are eligible to apply for a British passport. So let’s get to it!

Things to keep in mind:

Click here to start the process of getting your British Passport with Immigroup.

If you were born in the UK before 1983, you are a British citizen.

All people born in England, Scotland, Northern Ireland, Wales, the Isle of Man, and the Channel Islands prior to 1983 are British citizens and thus entitled to British passports.

If you were born inside or outside the UK on January 1, 1983 or later, and your mother was a British citizen (other than through descent) at the time of your birth, you are a British citizen by descent and can apply for a British passport.

If you were born either inside or outside the UK, and your father but NOT your mother was British, several criteria must be satisfied for you to have inherited British citizenship through him: 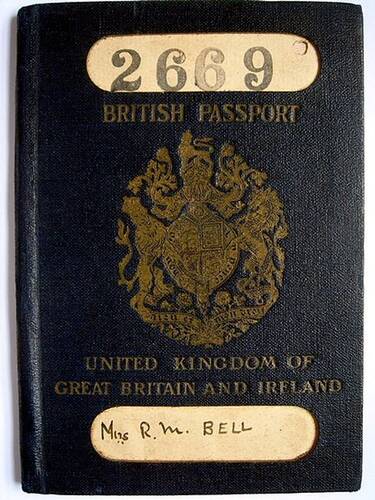 If you were born either inside or outside the UK to a British father on or after this date, and your mother was not British, you are still a UK citizen by descent through your father and thus eligible to apply for a British passport. Even though British nationality law still recognizes the concept of “legitimacy”, children who were born “illegitimate” to a British father after this date can now inherit British citizenship.

Born outside the UK to a British mother on or before December 31, 1982

Due to the discriminatory and anachronistic UK nationality laws, if your mother but not your father was British and you were born outside the UK on or before December 31, 1982 you did not automatically inherit British citizenship from her. Before this time, it was expected that you would inherit your father’s nationality, whatever that may have been. It is worth noting that under the UK’s own laws, if your parents weren’t married at this time, even if your father was British, you wouldn’t have inherited his citizenship either, so you could conceivably be stateless.

Luckily, this egregious mistreatment of British subjects was remedied with a change to British nationality law. Now, children of British mothers born before 1983 can apply for what’s called ‘Registration as a British Citizen’. Once the application is approved, the applicant must swear an oath of allegiance to the Sovereign, Queen Elizabeth II, and they are officially a citizen of Britain and can apply for a UK passport.

There are many twists and turns in British citizenship and nationality law. Occasionally, the second generation born outside the UK can apply for a British passport because their grandparent was in “crown service” (was a military or government employee overseas) at the time of the applicant’s parent’s birth. Children born in British colonies (at the time when the country in question was still a colony, but not after the country claimed independence) could inherit British citizenship through their parents despite being born outside the UK.

There are also currently six different kinds of British nationality, including certain ones which will soon become “extinct” such as “British National Overseas” for people with ties to Hong Kong.

If you’re not sure if you qualify for a British passport or British citizenship, contact us to speak to an expert.

*The terms “Father” and “Mother” as written in this article are used in the same sense as they are by the British government in terms of British Nationality. For this reason, the parents referred to must be the biological parents of the child only. For children adopted by British citizens, different rules apply concerning British nationality through descent.

Not yet a Canadian citizen? Let Immigroup help you with the process. You will not lose your British Passport. Click here.

We have lots of articles on what could happen to UK citizenship after Brexit.

Consent Letter for Children While Travelling