When you land at your Port of Entry (or POE) in Canada and are admitted into the country with a provincial nomination in hand as well, you still have to convince border officials that you are complying with all aspects of your status as a newly arrived immigrant. This means complying with both federal immigration law and your rights as a permanent resident in Canada.

When you land at your Port of Entry (or POE) in Canada and are admitted into the country with a provincial nomination in hand as well, you still have to convince border officials that you are complying with all aspects of your status as a newly arrived immigrant. This means complying with both federal immigration law and your rights as a permanent resident in Canada.

This involves a delicate balancing act between what are called Mobility Rights, and your intent to reside in the province that has nominated you and helped ensure you have the sufficient CRS score to receive the Invitation to Apply (ITA) for permanent residence, which allowed you to apply for permanent residence.

The good news is that after some time has passed, you no longer have to balance the two acts so carefully. Your mobility rights take precedence over your obligations as provincial nominee. But that doesn’t mean that mobility rights are an absolute right. Let’s do a deep dive into immigration law and mobility rights in Canada.

The Canadian Right of Freedom of Mobility 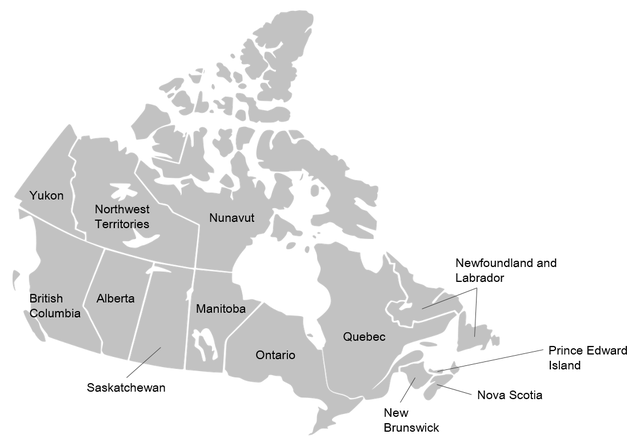 Section 6 of Canada’s Charter of Rights and Freedoms states the following:

Paragraph 2 above states that both citizens and permanent residents can live and work in the province of their choice. So that should suggest that you can arrive at Pearson airport in Toronto, get your permanent residency upon arrival, and rent a car and drive straight to Calgary or Vancouver and start looking for a job.

What this tells us is that if you do not convince border authorities at your Port of Entry (POE -normally the airport in Canada that you arrive at) that you actually intend to reside in the province that nominated you, you may very well be in contravention of this section of the IRPR. The border officials have the power to deny you your status as a newly-arrived permanent resident of Canada.

This is because your permanent resident visa does not guarantee you permanent resident status. That has to be conferred at your Port of Entry (with the Confirmation of Permanent Residence or COPR) by border officials who are on the lookout for any type of immigration fraud. This means that you may be vulnerable to such a refusal to admit you because of the following part of the Immigration Refugee Protection Act or IRPA:

The relevant part of this section of the IRPA which deals with misrepresentation – lying, essentially, to immigration authorities – is the following: 40 (1) (a):

In other words, if you are considered to have misrepresented your intention to reside in Ontario, for example, then you could very well be considered to have misrepresented a “material fact” that has direct bearing on your status as a nominee of that province. The intent to reside in Ontario (or any other province that has a nominee program) is the key selection criterion for the OINP. (And the intent to reside which is part of any other province’s PNP is exactly the same situation.) You could lose your status as a nominee and even be deported if immigration authorities decide that you have never had the intention of living and working in the province that nominated you.

So, what are your rights exactly as a newly arrived permanent resident?

When Can You Move?

Unfortunately, this is not 100% clear, and may have to be decided by court cases, but this much seems certain. Once you have been granted your permanent resident status and are settled in the province that nominated you, you have mobility rights under paragraph 2 of Section 6 of the Charter of Rights and Freedoms. Remember that these are rights to live and work anywhere inside Canada – in any province or territory that you choose to – and are not the same as the rights that Canadian citizens have to travel freely outside of Canada.

As well, as we mentioned above, your mobility rights are subject to paragraphs 3 and 4 in Section 6 of the Charter of Rights and Freedoms. These allow provincial governments to pass laws that favour their own residents and that certainly seems to include provincial nominee programs.

Immigration and border officials are certainly aware of this conflict between the IRPA and IRPR on the one hand, and Mobility Rights in section 6 of the Canadian Charter of Rights and Freedoms on the other hand. We suggest the following rough guide but remind you that this is for information purposes only and should NOT in any shape or form be considered legal advice. For legal we suggest you contact an immigration consultant or lawyer.

Clearly this a balancing act, but perhaps the best course is making sure you fulfill your obligations as a provincial nominee for around 1 to 2 years. Remember, being a provincial nominee grants you a number of clear advantages especially with your job search and often helps you land a good job. Why risk that to pull up stakes and perhaps put your status at stake?

Again, this is for information purposes. Consult a lawyer or Regulated Canadian Immigration Consultant (RCIC) for any legal advice you require. And good luck!